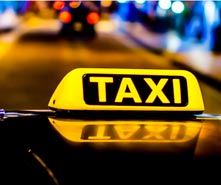 When determining the ranking for every profession tracked in the CareerCast.com Jobs Rated report, four main criteria are weighed – work environment, job stress, occupational outlook and salary. The worst jobs of 2019, per the Jobs Rated methodology, run the full spectrum of qualities that can render a job objectively challenging.

Jobs in steep hiring decline rank in the bottom 10 for 2019, including Logging Worker (-13%), Newspaper Reporter and Disc Jockey(-9%). The common theme among these professions is technological advancement that has driven down demand for their products and services. In the case of Logging Workers, less demand for paper products has played a significant part in the industry’s hiring drop. For Disc Jockeys, the boom in popularity of services like Spotify, while radio stations have gone to using automation, have had their own negative effects.

The worst job of 2019, Taxi Driver, still checks in with a positive growth outlook, but has seen a precipitous drop in its projections commensurate with the rising popularity of ride-share apps.

A June 2018 NBC News story that looked into the impact ride-sharing has had on taxis shows what some describe as, “an economic crisis across the industry.”

The sentiment echoes one that resonated throughout the newspaper industry last decade, when circulations nationwide dropped from the record-highs of the early 1990s (around 62 million) to 45 million in 2009. Subscriptions fell by almost seven million in just five years per an Alliance of Audited Media study, and has continued a steep decline since with more consumption online.

The job of Retail Salesperson maintains a low salary ($24,340) and nominal growth outlook of 2%. The increase in online sales is expected to continue over the next decade, limiting the growth of the number of physical retail stores and moderating the demand for Retail Salespeople.

But while technology is often at the heart of falling growth outlook, other factors contribute as well.

In the case of Correctional Officers, faced with a projected -7% hiring dip, state and federal laws as well as budgets influence hiring. Meanwhile, growth is just one of four criteria the Jobs Rated report evaluates to determine job quality.

With a declining outlook (-9%) for Disc Jockeys, competition for jobs in the field has intensified. Contributing to the poor outlook for DJ’s is station consolidation, technology improvements that enable content to be used by multiple stations, and increasing competition from satellite radio.

Pay is another of the core criteria, and of the 10 worst jobs of 2019, four of them pay an annual median salary below $32,000. Only one pays above $52,000. And that job – Broadcaster, with an annual median salary of $66,880 – scores highly for Stress due to the imposing and frequent deadlines, as well as working in the public eye.

The careers that make up 2019’s bottom 10 do not score lowly across the board – not all of them, anyway – but often check multiple boxes on the more challenging end of the four criteria. The stress factors are a unifying theme.

Newspaper Reporters and Broadcasters work extensively in the public eye and under tight deadlines. Logging Workers face demanding environmental conditions that place the life of either themselves or others at risk. Death or injury can come from trees falling in the wrong direction, or hitting another tree and falling back on someone.

The dangers are also true for Nuclear Decontamination Technicians, who handle hazardous materials as a daily task.

When you understand the objective criteria used to determine the best and worst jobs – criteria that does not vary from industry to industry or profession to profession – you can see why the worst jobs of 2019 rank where they do. But that ranking doesn’t diminish their importance.

In fact, some of the most important jobs to our society land in the bottom 10, like Enlisted Military Personnel and Newspaper Reporters. These are necessary jobs that, for those with the ability to face the challenges, are especially rewarding.