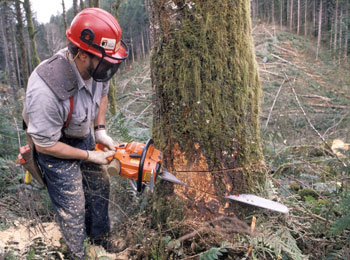 For those seeking work in the logging industry or in traditional newspaper reporting, the numbers are not in your favor.

Eric Johnson, executive editor of Northern Logger magazine in Old Forge, N.Y., beat the odds in both industries. After graduating college with a journalism degree, he says he worked as a lumberjack on his family’s tree farm in Wisconsin while seeking work as a reporter.

His combined experience in the two fields has given him a unique leg up in the ever-changing job market.

“The two industries have changed dramatically since I started,” he says. Newspaper reporter and lumberjack rank No. 199 and No. 200 in the 2014 Jobs Rated report, in part due to dwindling hiring prospects. The U.S. Bureau of Labor Statistics estimates a 9% drop in logging positions by 2022, and a 13% decline in reporters.

Coincidentally, Johnson says there is a direct correlation between the two fields’ tumbling employment numbers, as the paper on which newspapers are printed is produced from the wood pulp logging companies provide.

The evolution of the newspaper industry is a move to more of a digital model. Similarly, the lumberjack’s job is increasingly modernized through technology. Johnson says mechanization has made for a safer work environment, but also streamlined the field and eliminated jobs. “If a guy owns the machinery, he owns the business,” he explains. And those who own the businesses need fewer lumberjacks.

“You incur a lot more expenses if you’re hiring people,” Johnson explains. “Companies are taking a crew that was maybe 25 people and now is down to three.”

Dim hiring prospects are a recurring theme among the jobs ranked at the bottom of our report: Eight of the 10 rank 146th or worse for outlook. Income and stress are also contributing factors.

Despite improved safety through technology, Johnson says logging "is still a very dangerous business.” The risk is an unavoidable byproduct of a field that is essential to how we live our daily lives, as lumberjacks contribute heavily to the construction and energy industries.

Likewise, others jobs to rank in the bottom 10 tend to be crucial to society.

Firefighters have the most stressful civilian job according to our 2014 Jobs Rated report and the last-ranked environment, which is a primary reason the field checks in at No. 191. Enlisted military personnel are not far behind at 199th in environment, ranking second in stress level and No. 198 in the Top 200 Jobs of 2014.

Those inclined to work in these challenging but noble paths do so because of what 31-year firefighting veteran Richard Keyworthy of Elk Grove Village, Ill., describes as “dedicating yourself to serving your fellow man.” 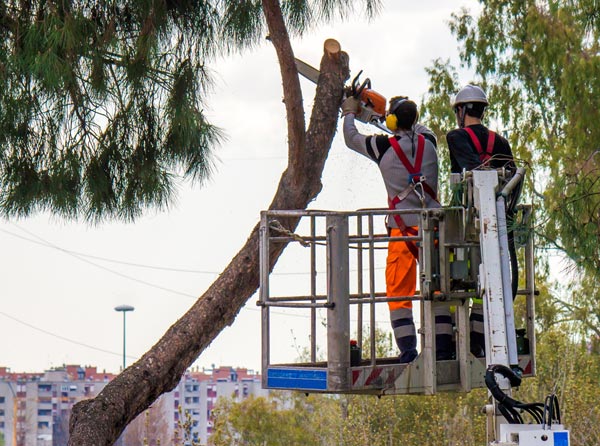 Technological advancement have contributed to dwindling job opportunities in this field. Coupled with the inherent danger of working with heavy machinery in remote locations and typically low pay, lumberjack is ranked No. 200 in the 2014 Jobs Rated report.