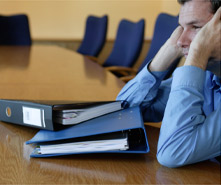 Working as a newspaper reporter was a dream job for Rochelle Gilken, but that changed as the years passed and the industry shifted gears. "The pay left a lot to be desired, and the stress - oh boy! I have two kids, and I have to say that I couldn't balance home and work and be happy due to the stress," says Gilken, who spent six years as a crime reporter for the Palm Beach Post.

Of course, low pay and high stress are part of a reporter's job description, but other changes led to Gilken's decision to change industries. "I had aspirations to get bigger and better newspaper jobs, but the opportunity to climb the ladder disappeared as newspapers cut back, which was very discouraging," says Gilken. "I always wanted to travel to cover the big stories, like the Olympics, but the money to allow for that just wasn't there and wasn't coming back," she says.

Ever-shrinking newsrooms, dwindling budgets and competition from Internet businesses have created very difficult conditions for newspaper reporters, which has been ranked as this year's worst job, according to the CareerCast.com Jobs Rated report.

Consumers can access online news outlets almost anywhere thanks to technological advancements, which are threatening the existence of traditional print newspapers. As a result, the number of reporter jobs is projected to fall 6% by 2020, according to the U.S. Bureau of Labor Statistics (BLS), while average pay is expected to continue its decline.

And for those still employed as reporters, the job's demands are all-consuming.

"I covered crime, so when breaking news happened, I had to be there. And when editors called at night with questions, I had to take the calls," says Gilken. She adds that while many reporters feed off the stress, once they have families, the stress takes a toll. Gilken now works in media relations for the Florida Water Management District in West Palm Beach, and says the hours and stability are welcome. "They're very supportive of their employees to have a work/life balance, which reporters really never have."

Social media marketer Paul Gillin founded NewspaperDeathWatch.com in 2007 when the newspaper industry was at a peak. The website tracks newspaper closures and cutbacks around the U.S.

“We didn’t see newspapers respond [to consumer changes] at all,” says Gillin. “I saw that once [the decline] hit, it would hit very hard and very quickly.”

The Newspaper Association of America, via the Pew Research Center, estimates that the industry earned approximately $49.2 billion in 2006. By 2011, that total had dropped by well over half to $23.9 billion taking many jobs with it, including thousands of newspaper reporter positions.

Editor & Publisher reports a steady decline in the number of daily newspapers since 1985, when there were 1,730 in circulation. The industry held steady near 1,450 in the mid-2000s, but closures in the latter half of the decade left the nation with a low of 1,382 dailies.

Some prominent dailies migrated to online models, such as, The Ann Arbor (Mich.) News, which publishes twice weekly. The New Orleans Times-Picayune transitioned to a three-times-weekly newspaper in 2012. The Seattle Post-Intelligencer became online-exclusive in 2009.

Of course, newspaper reporters have fared poorly in the Jobs Rated report for years due to the job's high stress and tight deadlines, low pay and requirement to work in all conditions to get the story. But journalism is not a dying art, nor is reporting a profession without prospects. Rethinking the industry has made reporters adapt.

Gillin says online reporters – a different job from the newspaper reporter as ranked via Jobs Rated – have better prospects, but unfortunately that profession provides a lower wage and the requirement to produce more content at a much faster rate, which increases stress.

Technological advancements negatively impacted other careers ranked as the worst jobs of 2013. Among them are meter reader and mail carrier. Meter reader is one of the most rapidly shrinking career fields, expected to decline by more than 10% in the next few years. In the utilities industry, power companies are increasingly implementing remote readers, which digitally transmit electrical usage from the consumer’s residence to the provider’s database.

Mail carriers are expected to fare even worse. With consumers relying heavily on email and text messaging, the traditional form of snail mail communication is dwindling. As such, the BLS reports that the number of mail carrier jobs will fall by 26% in the coming years. The government’s plan to cease post office operations on Saturdays isn't helping.

A much different career path ranks second overall in the worst jobs of 2013: lumberjack, one of the most dangerous professions in the entire labor market. Sixty-four lumberjacks reportedly died from work-related injuries in 2011. Having to work with heavy, dangerous machinery contributes to lumberjack fatalities, as does the typically isolated locations in which lumberjacks work.

Distance from hospitals also poses a major risk. The same is true for oil rig worker, another job ranked among the worst jobs of 2013, where physical danger and injury are constant threats.

The complete list of the 10 worst jobs this year: 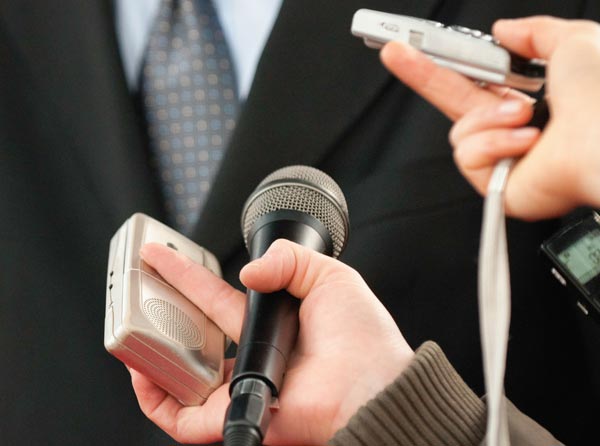 A job that has lost its luster dramatically over the past five years is expected to plummet even further by 2020. Paul Gillin says, “the print model is not sustainable. It will probably be gone within the next 10 years.”