Whistling While You Work: The 10 Most Satisfying Careers

Whistling While You Work: The 10 Most Satisfying Careers 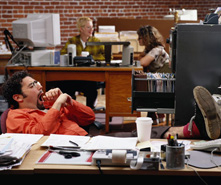 Bored at work? According to a new study, the secret to career fulfillment is finding a job that involves helping others – and staying away from manual labor.

There are few things worse than being stuck in a job you hate. Days feel like they'll never end, the simplest work becomes onerous, and even getting out of bed can be a chore. This is especially true if your career has limited upside, since the motivation to stick it out in finance is far greater than in, say, waste management. That said, if your workdays are spent counting down the minutes until quitting time, you might be surprised to learn that you're actually part of a very small minority. In fact, a recent study from the University of Chicago claims that more than three-quarters of workers are happy with their present jobs.

According to a report from the University's National Opinion Research Center tracking job satisfaction, a full 88% of all workers say that they're "satisfied" at work. In addition, 50% of those respondents are "very satisfied," while the number of employees claiming to be "very dissatisfied" represents just a paltry 4% of the total workforce. This widespread contentment isn't a recent phenomenon, either. Despite periods of economic uncertainty in the late-1970s and early-‘90s, dating back to 1972 the nation's overall level of job satisfaction has never dipped below 80%, and the percentage of severely unhappy employees during that period has remained in the single digits.

Of course when it comes to job satisfaction, some careers are better than others. As might be expected, income and growth potential play a large role in contentment, and workers with better educations, more prestige and higher salaries tend to be happier than their lower-paid counterparts. However, before you seek out the fattest paycheck you can find, the NORC also notes that careers boasting the highest number of happy workers aren't necessarily the best-paying. Instead, what truly makes employees feel satisfied is getting to help others, being creative or utilizing specialized technical expertise.

Not everyone is called to a life in the clergy, however, and forging a career as a painter, author or firefighter, for example, can be difficult due to heavy competition. But in the event that you don't land one of these top-rated jobs, how do you know which positions to avoid? According to the NORC, the jobs that score worst for satisfaction are low-skill positions involving manual labor, specifically in sales, freight handling and food-service.

That said, if you've just quit your bartending gig to start an exciting new career as a cashier, don't worry – with today's dynamic job market, a varied employment history with stops at several companies can actually be an asset in the long run.

So with that in mind, if you're sick of the daily grind and want to change careers, the NORC rates the following as the 10 most satisfying jobs, from best to worst (NOTE: Data used in this list is based on different criteria than for our Top 200 jobs, so the results may differ): 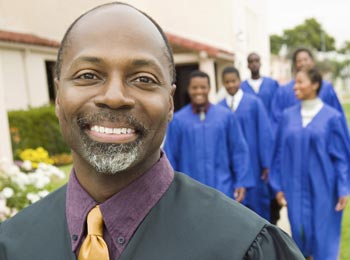 Leads a congregation in worship and other spiritual services, provides moral guidance to members, and participates in community outreach.