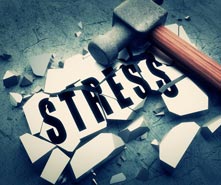 Job stress can come from a variety of different origins: a hazardous work environment, difficult-to-meet deadlines, heavy physical demands, and imminent danger. The annual CareerCast.com 2017 report on the most stressful jobs considers 11 factors to try to paint the most detailed picture of which careers face the most stress.

The stressful nature many of careers featured within our 10 most stressful of 2017 needs no explanation, such as Firefighter, Military and Police Officer. These are careers with high risk of physical harm to oneself or another, for whom the professional is directly responsible.

As a society, we celebrate the bravery necessary to face the stresses of working in the Armed Forces, battling fires, or working in law enforcement. Some people derive great job satisfaction from high-stress professions that involve danger or other demands such as facing the intense scrutiny of the public.

And, given an estimated 75% of Americans suffer from a fear of public speaking, the stress inherent with a job in the public eye becomes apparent.

“When the end goal is out of your control, it becomes stressful,” says Christina Nicholson, owner of MediaMavenAndMore. “Clients who don't understand how the industry works when you explain this to them only add to the stress.”

Nicholson has worked on both sides of the PR-reporter dynamic, having worked in TV news, as well. That dual perspective can be helpful for a PR executive trying to crack the code for getting information into the press, since it's not as simple as buying ad space.

"If I had a dollar for every time someone asked me, "How much do I have to pay you to get me into (name the publication)?" I wouldn't have to work," she said. "Unless you're buying advertising, it doesn't work that way."

Working in the public eye contributes to the high stress ranking of this field, and so too does facing regular and strict deadlines. Public Relations Executives work on the same clock as two more of the most stressful jobs of 2017, Newspaper Reporter and Broadcaster.

These information gathering entities work entirely in the public eye, and must hit hard deadlines routinely. Travel, demanding editors, and the fear of being laid off also contributes to their stressful rankings.

Newsgathering professions face new challenges, as well. Outlets are facing heightened skepticism, which may mean extra time for reporters to check facts while on deadline. In addition, some outlets actually pay writers based on the number of clicks their articles receive. Deadlines, the imminent potential of bodily harm and public scrutiny are just a few of the 11 factors considered when compiling our most stressful jobs report:

Travel can be taxing, whether it’s over long distances as an Airline Pilot, or covering a city as a Taxi Driver.

Taxi Driver makes the list of most stressful jobs both for the constant commuting, but also because of the inherent danger that comes with driving on the roadways. In fact, there are nearly 3,300 automobile-related deaths per day in the United States.

Add the increased competition for jobs, as application ride-sharing services such as Uber and Lyft cut into the business, and it’s no wonder Taxi Driver appears as one of the 10 most stressful jobs of 2017.

How one handles stress on the job can be entirely in how they are wired – or how they learn to approach the job. Most people will never be able to run into a burning building, but that becomes old hat for Firefighters.

In a similar vein, PR executive Kristina Libby says she combats the stress of the job with planning.

"If PR professionals think in 2-to-5-year cycles, it takes the stress out of the everyday [work]," she said.

Mitigating stress can make any work environment better, but for the most stressful jobs, doing so is a tall task.

Ultimately, stress can and will differ between individuals, as Libby's attitude demonstrates.

"My favorite quote is, 'It's PR, not ER," she said. "A lot of people who work in PR thrive on their high-stress, high-anxiety environment. I actually think PR done really well is a low-stress environment."

Certainly a job well done alleviates some workplace stress. And applying the 11 factors from the Jobs Rated report, the following 10 are the most stressful jobs of 2017, which most need that eye for planning ahead. 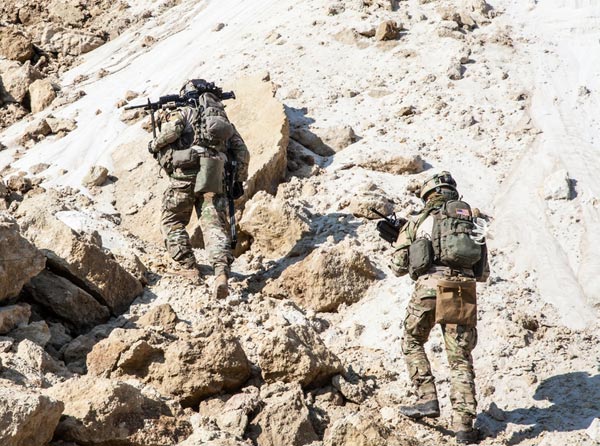