The Most Stressful Jobs of 2015

The Most Stressful Jobs of 2015 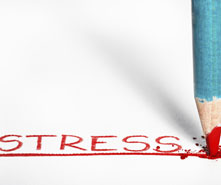 The most stressful jobs of 2015 can be physically dangerous, psychologically taxing—and a great match for those with the passion and drive necessary to succeed in such an environment.

David Barckhoff of Pittsburgh fits the bill. Barkchoff says he became interested in a career as a firefighter, the most stressful job of 2015, at age eight or nine.

“I was interested in the excitement. I remember seeing the truck go down the road with the lights on,” he says. “The idea of rescuing people…and the camaraderie" with other firefighters appealed to him then and now. For some, the job’s challenges might be a deterrent. But not for Barckhoff, who was already used to working in a stressful occupation.

Barckhoff transitioned into firefighting from a stint in the second-most stressful job of 2015, as an enlisted military specialist in the United States Navy. He says the two paths share similarities.

“The fire academy is almost like going through boot camp,” he says. “They take you from the beginning stages, then through all the hazards you could possibly face, with experts teaching from their real-world experience.”

“When you get complacent … that’s when something is going to kill you,” he says. The same mindset is necessary for airline pilots, the fourth-most stressful job of 2015. For the millions of Americans who entrust their safety to them every year, airline pilots must be able to adapt to changing conditions when in flight without losing their cool.

Of course, not all of the most stressful jobs of 2015 find workers responsible for public safety, but they are entrusted with seeing that the expectations of large groups are met without problem.

Event coordinator is one such career. The tight deadlines, the high expectations of clients and the keen attention to detail needed to succeed as an event coordinator land it on the list.

And with experience in the No. 1 and No. 2 most stressful jobs, Barckhoff has an interesting frame of reference for other jobs’ stress. After 25 years in firefighting, he added another career path that was not nearly as death-defying, but still among the most stressful: He became an actor.

Barckhoff has worked in different phases of television and movies, including stunts and writing. He says his military and firefighting experience helps him add believability to fiction.

“It’s still stressful,” he says. “You have deadlines and work long hours,” and you never know where or when the next job will emerge.

Yes, stress can come from a variety of factors. You need not necessarily put your own life at risk to be in a stressful work environment. Tight deadlines, like those faced on a daily basis by photojournalists, newspaper reporters and broadcasters, contribute to high stress. So, too, does working under the constant scrutiny of the public eye. It takes a thick skin and keen attention detail to thrive in these work environments.

The following are the 10 most stressful jobs of 2015, according to the 2015 Jobs Rated report. The men and women of the United States Armed Forces are tasked with protecting the entirety of the nation, both domestically and abroad, and often are placed in harm's way.