The Most Dangerous Jobs of 2016

The Most Dangerous Jobs of 2016 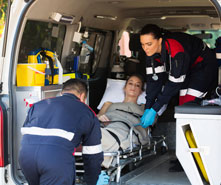 Some of the most vital careers to upholding and maintaining the very fabric of American society are also among the most dangerous.

Professions often associated with danger made our top 10. Police Officer and Firefighter are two positions tailored for the brave; those willing to sacrifice their own health and safety for the well-being of others.

Both fields rank among the highest for incidents of injury, per the BLS. The U.S. Fire Administration (USFA) reports 49 on-the-job Firefighter fatalities in 2016. The Officer Down Memorial Page reports 70 Police Officer fatalities in the line of duty this year -- though, thankfully, that’s a 3 percent decrease over this point in 2015.

Transportation comes with inherent risk, as well. The Center for Disease Control (CDC) reports roughly 34,000 deaths annually in automobile accidents. To that end, Jobs Rated transportation jobs -- Taxi Driver and Heavy/Tractor-Trailer Truck Driver -- both made the 10 most dangerous jobs list.

The most recent BLS data on time at work lost due to workplace injury and illness finds nursing is one of the most physically hazardous fields. Nursing Assistant ranks highly here due to the direct exposure to potentially contagious patients at work.

Another healthcare field, Emergency Medical Technician, also ranks among the most dangerous. The on-the-job hazards for an EMT differ from that of a Nursing Assistant, but contribute to a high injury or illness incident percentage all the same.

The following are the 10 most dangerous jobs of 2016 that appear in the Jobs Rated report. 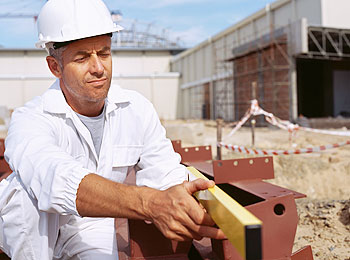 Construction as a whole ranks as one of the most dangerous fields, per BLS and OSHA statistics. Other construction specialties, such as roofers, face their own hazards. However, construction laborers take on a variety of duties in the high-risk environment of a construction zone, and as a result, have the highest injury and fatality rate on the job, according to the BLS.