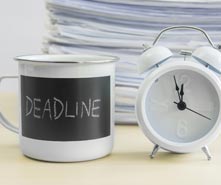 Deadlines in the workplace impact workers differently depending on their personalities. There are those who thrive under tight deadlines. Deadlines can also cause stress, which negatively affects certain personalities.

If CareerCast.com readers provide a snapshot of the workplace, not only are deadlines a contributing factor to stress, but the most significant cause of it.

In 2018, CareerCast.com hosted an informal poll in which 38% of respondents selected deadlines as their primary cause of stress. That was the most common answer, and it appeared across a variety of industries in which respondents identified as being employed.

Every career has expectations to which a task should be completed, but the demand of those expectations can vary dramatically. For example, some of the jobs that score among the highest for deadline stress in 2019 include Newspaper Reporter and Broadcaster – positions in the media that require constant output of information on a daily, if not hourly basis.

And while it’s of a much different variety, those who work in the travel industry face routine, hard-deadlines. Ergo, both Airline Pilot and Air Traffic Controller score highest for deadline stress alongside Newspaper Reporter, Broadcaster, and a job that is front-and-center for its tight deadlines every April, Accountant.

Industry can play a significant role in the prevalence of deadlines. It can also contribute to the lack thereof. While media and travel are industries built on meeting routine, hard deadlines, many consumer-facing service positions score lowly in the Jobs Rated report for deadlines.

Of the 52 careers that scored the lowest for deadlines in the 2019 Jobs Rated report on stress, numerous professions work directly with consumers, clients and patients. Among these jobs are some of the most important, and best overall rated by the Jobs Rated report, like Occupational Therapist and Speech Pathologist.

The “deadlines” of these professions focus on helping those they work with reach their goals. Seeing results through to the finish, regardless of the time invested, is ultimately more important than a set date of completion.

Growing demand for preventive and alternative forms of healthcare also make these non-deadline oriented jobs some of the most in-demand jobs, as is the case for Physical Therapists and Dietitians.

Research-based professions make for something for another theme. Two critical positions in shaping the future, Biomedical Engineer and Conservationist, focus on long-term results over immediate and sometimes redundant deadlines.

To identify which the best lower-deadline jobs were best, we turned to their overall rankings in the Jobs Rated report. The examination of the overall work landscape measures job quality through income, growth potential, environment and stress -- the last of which includes deadlines. For those jobs without frequent, looming deadlines, the following 10 also offer competitive pay, often high growth outlook, and welcoming environments. 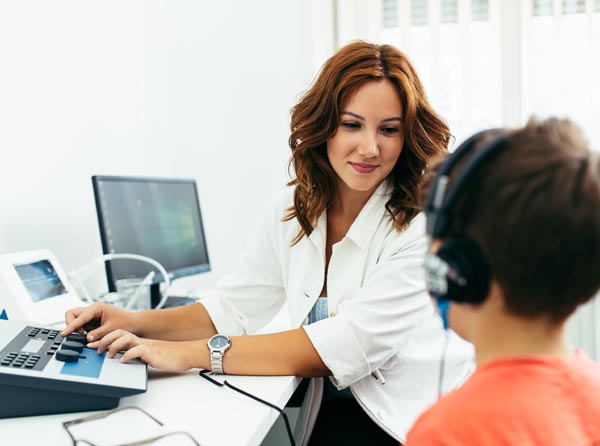