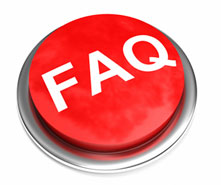 A: The researchers and managers involved in the Jobs Rated study have been ranking and reporting on jobs for the past two decades (since 1988) and have achieved recognition and attention from media around the world for their expertise and knowledge. But frankly, their qualifications are not what are important. The study is "data driven;" that is, it uses primarily numerical data compiled from recognized organizations such as the U.S Department of Labor's Bureau of Labor Statistics, the U.S. Census Bureau and noted trade associations. The data provided is inputted into a statistical database, so that the jobs can be compared objectively. To be sure, those who read the rankings often view the results subjectively, which is how all of us evaluate the relevance of information.

A: In any profession no matter how “healthy” it may be, there are always workers having difficulty, especially with unemployment during these tough economic times. Unlike anecdotal “evidence” that one hears from friends or acquaintances, the Jobs Rated study is based on extensive polling, mainly from the U.S. Bureau of Labor Statistics, which surveys 100s and often 1,000s of workers at each job. Our Jobs Rated study is very well documented with reliable, up-to-date data from the nation at large. In sum, don’t believe everything you hear unless it can be well documented.

Additionally, unemployment rates are often regional phenomena. For example, Actuaries, named one of the highest rated jobs, who live in Connecticut (where so many insurance companies are located) may be unemployed, whereas in the upper Midwest, (which has the lowest unemployment in U.S.), actuaries may hardly be suffering.

A: No matter how highly a job rates in our study, there are always some people who are unhappy. It's no coincidence that many people who commented on the site about their jobs, such as software engineers and actuaries (the number one- and number two- rated jobs respectively), expressed how much they enjoy their work. Those who don't like working at the top jobs are an anomaly. Likewise, there are many people who love collecting garbage, working as a lumberjack or driving a taxi. But having completed nine Jobs Rated studies over the past 23 years, in general those jobs at the top have the fewest complainers while those at the bottom have the most.

It's simply a fact that most white-color jobs pay better than blue-color jobs, are generally less dangerous, have fewer physical demands and generate less stress. In addition, though many individuals prefer blue-collar work, there has been a clear, decades-long trend of high-school graduates attending college rather than trade schools. So researchers operated with the assumption that the elements of white-collar jobs are preferred by the American work force, and there is definitely a bias in the study - just as there is a bias in society - that favors white-collar jobs for the reasons outlined above.

A: The annual incomes in our Jobs Rated study are national averages, so it is not uncommon that workers in the Northeast (of the USA) will earn more than the national average and those in the South will earn less. While incomes vary enormously from region to region, they also vary from industry to industry. A welder, for example, in the construction industry that is working on a high-rise office building will earn far more than a welder in an auto repair shop. Also, many who earn hourly wages will have greater annual incomes in markets or industries where there is a greater demand. In the American Rust belt, for example, an hourly worker might work fewer hours than one working at the same job in the Northwest, where there might be more hourly work available. In sum, national averages are not indicative of everyone’s income.

A: Event coordinators will experience an incredible 43.7% increase in jobs by 2020, the highest employment growth of all 200 Jobs. It is somewhat a function of the proliferation of organizations that is causing this, from entities such as the Tea Party to motorcycle rallies. Everyone has conventions and meetings nowadays. On the other hand, the medical jobs have growth ranging lower, in the 20-30% range, which, by the way, is quite good growth! In sum, many new organizations, meetings and conventions have sprung up in recent years, creating a need to arrange for members to meet and greet.

A: The U.S. Bureau of Labor Statistics says employment growth in HR is a very healthy 20.5% thru 2020, which is on par with most medical professions. The income of HR managers is the 19th highest of all 200 jobs and physical demands and environment rank near top; though stress is low-to-moderate (52nd Stress rank). Taken all together, high income, great environment, good job growth, and relatively low unemployment, HR managers should rightly be near the top in the rankings.

A: Brick masons have the 5th highest employment growth, 40.5% of all 200 jobs in the Jobs Rated report, whereas construction workers tally about half that, 21.3%. Most other building trades hover near 20% for job growth. What is different about the bricklaying trade is that they work heavily on new home construction whereas others in the construction trades build not just houses, but a large number work on commercial property, roads, dams, bridges, etc. The US Census Bureau reports that there are not enough new housing starts to meet future demands so bricklayers will have plenty of work in the future! Additionally, brick homes are more upscale, and the upscale end of housing is not nearly as depressed as the mainstream housing market.

A: Working outdoors is not so great when the temperature is 102 or 5 below zero. Lumberjacks work on the very hottest and coldest days, whether they like it or not. Their physically demanding job also requires that they work when their backs ache or their hands are sore and raw. Also, many are injured in this highly dangerous occupation. To make matters worse, the job pays around $32,000 annually, not stellar by a long shot. It has a long history of high unemployment, particularly in a recession when demand for lumber is low. The U.S. Department of Labor also reports that growth in lumberjack jobs is declining. So while lumberjacks can get a good workout, the rest of the attributes of their job aren't very appealing to most people.

A: Actors and entertainers who are in the movies are at the top of their profession, but most who are in these job fields don't work more than an occasional gig at a local community theater. It's the reason so many of prospective actors wait tables to stay alive. Similarly, most athletes don't play "in the big leagues." They make their living coaching at high schools or colleges, or have low-paying jobs as sports instructors. In sum, the famous stars and sports heroes we see in the media spotlight are the exceptions, just like famous businessmen like Bill Gates or Warren Buffet are one in a million. Jobs Rated deals with the overall picture of occupations, not those at the pinnacle of their profession, which are always a very small minority of those employed in the field.

A: Indeed, people working in these jobs absolutely make the world a better place, but that doesn't mean these jobs fare well when analyzed objectively using our research methodology. For instance, while everyone looks up to and admires firefighters, actually fighting a fire is not pleasant work. It's stressful, dirty and dangerous. So is police work, nursing and the work of an EMT. Good jobs and good people don't always have it easy or get paid top dollar, though the jobs mentioned above earn good salaries and they should. There is a component in the American workforce that rewards people for some of the unpleasantries that go with their jobs, and thank goodness many people also reward these workers with admiration and esteem, too. Of course, many firefighters, soldiers, police and healthcare professions feel good about what they do, which is a reward worth more than money to many people.

A: Many people make the assumption that a high ranked job in Jobs Rated means it pays well or that a lower ranked jobs pays poorly. The Jobs Rated study takes income into account along with four other “core criteria:” environment, outlook, stress, and physical demands. An Automobile Body Repairer, for example, ranks 99 in the overall rankings (which takes all 5 core criteria into account), and is well ahead of Broadcaster, which ranks 191. The higher-ranked Auto Body Repairers work amid fumes and noise and only have moderate stress. Broadcasters, like the individuals who deliver the television evening news, work in high stress environments, under hot lights, with tight deadlines. Taking all these criteria into account means that sometimes a high income is offset by poor working conditions, thus bringing down the overall ranking and vice versa.

A: These two jobs, both requiring college educations, are among those occupations for which demand exceeds supply. There simply aren’t enough people studying these disciplines in college, nor are there enough working in the field. With almost everything digital today—even newspapers and x-rated entertainment—it’s no wonder that businesses and industries want graduate Software Engineers, not ordinary computer programmers or neighborhood geeks, to make their products and services more competitive. Geologists, too, are needed to help find and obtain our dwindling natural resources, from oil to gold to minerals to even water to irrigate crops that may be harder to get in some places. In sum, part of the “reward equation” is a how many qualified people there are in proportion to “help wanted.” signs. When there’s not enough ready-to-go professionals, companies will reward workers very handsomely who can fill valuable needs right now. In general, the more valuable the need, the more companies pay and pamper the individuals who make things happen for them!