The Most In-Demand and Fast-Growing Jobs of 2017 (Article)

The Most In-Demand and Fast-Growing Jobs of 2017 (Article) 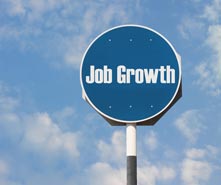