The Eight Best Jobs in Las Vegas for 2012

The Eight Best Jobs in Las Vegas for 2012 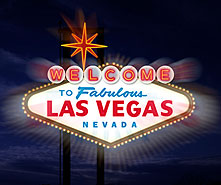 Looking to land one of the best jobs in Las Vegas this year? You’d be wise to polish up your skills in medicine or computer science, according to the latest Jobs Rated report from CareerCast.com. Software Engineer, Physical Therapist, Dental Hygienist and Registered Nurse all rank among the eight best jobs in Las Vegas for 2012.

Benefiting from excellent working conditions, low stress and strong hiring growth – not to mention a median salary of nearly $90,000 – Software Engineer ranks as the best job in Las Vegas this year. This mirrors a national trend, but thanks to efforts by Zappos and the Vegas Tech Fund to transform Las Vegas into a “vibrant, connected tech community” through the Downtown Project, local demand for Software Engineers is projected to grow by nearly 5% a year through 2018, according to the Nevada Department of Employment Training and Rehabilitation.

While a growing number of startups and major employers like Zappos – one of Forbes’ 100 best places to work in 2012 – have helped give the city a burgeoning tech sector, software isn’t the only industry to boast highly ranked jobs in the Las Vegas area. Dental Hygienist and Occupational Therapist finish as Las Vegas’ second and third best jobs, respectively, thanks to the same qualities of good pay, pleasant work environments and few dangerous physical demands. Additionally, according to the Nevada Department of Employment Training and Rehabilitation, the projected growth rate for Dental Hygienist jobs in Las Vegas is a healthy 3.53% annually, with Occupational Therapist close behind with a projected growth rate of 3.36% per year.

After peaking at 14% in 2010, unemployment in Las Vegas has been trending downward and recently fell below 12% for the first time in nearly three years. And while the job market remains challenging, each of the eight best jobs project greater-than-average growth – even eighth-ranked Registered Nurse has a projected annual growth rate of 1.95%, above jobs such as Sales Manager and Lawyer.

Based on stress levels, work environment, physical demands and salary - combined with projected job growth in the Las Vegas area over the next six years - the following positions make up CareerCast.com’s eight best jobs in Las Vegas for 2012: