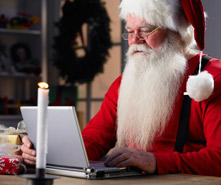 Want to talk to Santa Claus this holiday season? Try dialing him on Skype.

That’s one of the innovative ways shopping malls and department stores are helping put children in touch with the man at the North Pole. In fact, playing the role of a modern Santa is just one of eight seasonal opportunities that are ranked as the best holiday jobs this year by CareerCast.com.

Helping Santas land great gigs with a touch of technical innovation is a retired Santa with more than four decades of experience.  Tim Connaghan runs the International University of Santa Claus, a Santa-training program that prepares over 300 aspiring Santas each year for this seasonal job.

Based in New York, Connaghan travels around the country to hold weekend-long classes on dealing with different personalities, communicating with frightened or shy children and just about anything else a Santa Claus might encounter in the workplace. And yes, that includes communicating on social media platforms like Skype.

“The neat part is parents can ‘pre-program’ so Santa knows their child’s name, how they’re doing in school and their pets’ name,” he says of the Skyping with Santa program.

Advancements in 21st century technology are not the only changes in how kids interact with the jolly man. Connaghan says some businesses are taking an educational approach to the holiday ritual of meeting Santa Claus with special crafts workshops as part of a program called Mr. Kringle and Co.

Work as Santa Claus isn’t just for the bearded, or even just for men. Connaghan says the “traditional” Santa Claus—one with a fake beard—is still needed, but requires the right approach to the job.

“The No. 1 Rule is that we are there for the children. We’re not there to sell photos or make mom and dad shop,” he says.

If performing as Santa Claus is not your holiday job calling, there are plenty of other great opportunities for seasonal work. Retail hiring is strong this year, both for brick-and-mortar locations and online operations. Retailers such as Target, Walmart and Macy’s are expected to hire in the high tens of thousands for seasonal positions, and some of those could turn into longer-term positions.

One retailer converting those holiday jobs into full-time employment is Amazon. The online retailer announced it plans to recruit more than 70,000 employees this season to help with the heavy traffic, particularly on “Cyber Monday,” the highest volume online shopping day of the year, which occurs following every Thanksgiving weekend. Online sales representatives are needed to oversee the steady flow of website customers and answer their inquiries through instant messaging, email and on the phone.

Below are the best seasonal jobs, according to the 2013 Jobs Rated report: 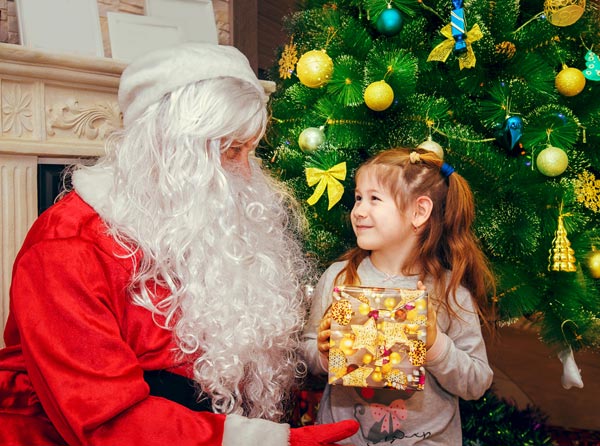 This symbol of the season is in high demand. One PayScale estimate says top Clauses can earn more than $100 an hour, a pricey investment with significant returns seen in the money spent in surrounding stores.