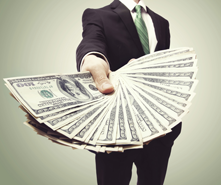 Earning an annual income of six figures or more is the American dream for many. But to land one of the best paying jobs of 2014, you must be prepared to pay some hefty costs.

A common trait among the nation's 10 highest paying jobs is the requirement for an extensive and specialized education, according to our latest Jobs Rated report.

Seven of the 10 best-paying jobs are in the healthcare industry and require completion of a secondary degree. Surgeon, the highest paid career with an average annual salary of $233,150, can require more than a decade of preparation, from undergraduate studies through medical school and the completion of a residency program. General practice physicians, who average $187,200 in annual salary, must also complete similar requirements.

Attorney is another top-paying field at $113,530 annually, and also requires a post-graduate degree, typically from a highly competitive law school, followed by the passing of state bar exams.

One attorney in Phoenix says admittance into law school is competitive, so students should start preparing years before taking the LSAT entrance exam. They also should treat every decision as if it will be scrutinized by a potential employer, because given the current state of the profession, it very well could be, he says.

“Law school should only be pursuded as your career if you truly have a passion that goes beyond the pages of your favorite John Grisham novel,” he says.

Indeed, all of the best paying jobs of 2014 require a very serious commitment, which Erin Albert stresses.

Albert, a pharmacist and career advice author in Indianapolis, says students pursuing these fields should consider both their aptitude and passion for a career path before taking on such a burden. She recommends networking with professionals in your chosen field to find the best fit.

“Know the things that are going well, that you’re fired up about and have a passion for,” she says. “The other part of [career development] is to weed out the junk you don’t want.”

Much like any career in healthcare, Albert says that to become a pharmacist, which pays an average annual salary of $116,670, having an affinity for STEM (science, technology, engineering and math) responsibilities is an important criteria.

Likewise, aspiring surgeons have different STEM-related specialties on which they can focus, and income varies dramatically. For example, a PayScale.com study finds neurosurgeons earn an annual median salary approaching $340,000. The high paycheck is compensation for the dedication required, the stress inherent with the job, the level of skill needed and the monetary investment required just to pursue it.

The Association of American Medical Colleges found the Class of 2013 left with a median debt of $175,000, and 86% of all medical program graduates left with some educational debt, so earning a high salary initially is necessary just to repay large student loans.

Albert says she emphasizes to pharmacy students a lesson that can apply to all young professionals leaving school with debt.

Even though you may be earning a high salary for the first time, pay off your debts and student loans before investing in expensive purchases like a new car or house, she says. That might sound counterintuitive to pursuing a top-paying job, but it pays off in the long run, she explains.

For those who choose a different path to attain one of the best-paying jobs, be prepared to exchange paychecks for stress.

Air traffic controllers, for example, earn $122,530 annually, but face some of the most stressful working conditions. The field requires keen attention to detail and mettle under the highest of pressure.

Here are the top 10 best-paying jobs, per the Jobs Rated report and data culled from the Bureau of Labor Statistics: 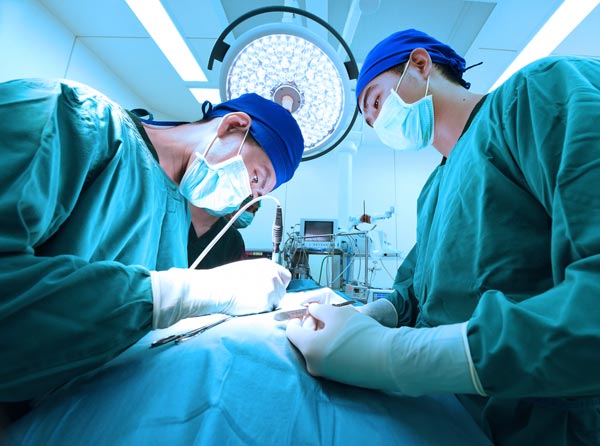 Surgeons specialize, thus earnings vary significantly depending on area of emphasis. However, the national average of salary across all specializations is in the six-figures.