The Nation's Best Jobs If You Don't Have A College Degree

The Nation's Best Jobs If You Don't Have A College Degree 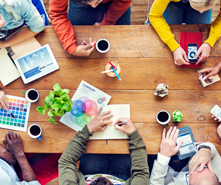 Navigating an unconventional career path can require some equally unconventional methods to succeed. For instance, not having a four-year college degree is a roadblock to landing many jobs, but there are proven alternative routes for moving beyond those obstacles and finding a successful career.

Americans have a combined $1.2 trillion in student loan debt - only home loan debt is higher. However, the rule of the workforce clearly states that the alternative to accruing that debt typically is worse: workers with a college degree will make 84% more in her or his lifetime than their counterparts without a degree, reports a Georgetown University study.

So what’s a job seeker without a university degree to do? The answer is to play by different rules, which Theodor Tonca did as the owner of his own business. “With the large tuition cost of post-secondary education what it is today, I feel very strongly about people just starting out in life exploring different opportunities,” says Tonca, the 27-year-old CEO of Graham Theodor & Co. in Vancouver, B.C., a real estate marketing consulting firm. Tonca hires prospective agents in his current role, and said that he doesn't place too much emphasis on a college degree, especially since he doesn't have one.

“I had a mentor once tell me, ‘give me someone who is young, hungry and smart,’” he says. He’s since adopted that philosophy.

An entrepreneurial spirit can compensate for a lack of a degree, says Tonca, who got his start in marketing as a teenager by pooling limited resources together with a friend to host events. An initial $400 investment yielded $1,500, and Tonca discovered a knack for event promotion and marketing that turned into a career. What he and other independent business owners offer to potential employers and clients is their understanding of business using tangible work experience instead of a higher education.

Working pro bono can be another way to compensate for not having a degree.

A willingness to get outside of their comfort zone is definitely an asset for those seeking a great job without a college degree. Both Tonca and Seymour did so by starting their own businesses and establishing networks when first getting started.

Technological advances make building a network easier than just a decade ago. Tapping into social media and targeted job sites, such as the CareerCast Part-Time Network, offer contract opportunities to connect with potential clients.

Technology plays another key role in the marketplace for job seekers without a degree: the rising demand for IT professionals means more opportunities, including for those with just a high-school diploma.

Some of the other great jobs available to those without a degree require some specialized education, but not for a full four years. Some states require certification to become a skincare specialist or personal trainer, for example, while trade crafts such as electrician and carpenter demand either advanced training or apprenticeships.

Dental hygienists, respiratory therapists and registered nurses, the best healthcare careers for those without a four-year bachelor’s degree or more, require associate’s degree completion at the minimum, according to BLS recommendations.

Unofficial apprenticeships also are invaluable for job seekers without a college degree. Erik Angra, a videographer and multimedia artist in Boston, attributes his success in the workplace to “having some great mentors along the way.” Those mentors functioned as surrogate professors, giving Angra the knowledge necessary to excel in his career. Angra says he now pays forward the lessons his mentors gave to him as he serves as the mentor for five aspiring videographers.

Starting a career without a degree may be unconventional, but succeeding in the workplace without one is far from impossible. Below are our best jobs without a college degree in 2015.