Engineering and technical careers will offer the most rewarding job opportunities in Virginia in 2013, according to state and national labor data.

Virginia enjoys job market growth that's well ahead of the national curve. It ended the year with a 5.4% unemployment rate, which is more than 2% ahead of the nation’s average. That rate is expected to improve another 1.66% every year until 2020, according to the Virginia Labor Market Information (LMI), an online service of the Virginia Workforce Connection (VWC).

Virginia’s labor force also enjoys some of the better wages around the country, particularly in professional fields. Some ranked in CareerCast.com’s top 7 jobs of 2013 even exceed six digits.

A 3.2% annual growth in Virginia’s professional, scientific and technical services industry could account for more than 100,000 new jobs in the coming years, the VWC reports.

Buoying the state’s job market is its high percentage of employees in tech fields associated with its maritime industry. Virginia is the second most active state employing marine engineers and naval architects, trailing only Texas. The Norfolk-Virginia Beach-Hampton Roads metropolitan area is one of the Eastern Seaboard’s most active coastal hubs.

Huntington Ingalls Industries Inc. is Virginia’s fourth largest employer overall, and second most active in the private sector. HII’s Newport News location is an international headquarters for ship building, and a potential destination for marine engineers and naval architects in the commonwealth. The U.S. States Bureau of Labor Statistics (BLS) reports those pursuing a career in this field should seek accreditation from ABET (formerly known as the Accreditation Board for Engineering and Technology).

The commonwealth’s sizable military presence, including the world’s largest naval base at Norfolk, impacts Virginia’s job market as well. In fact, the VWC reports the U.S. Dept. of Defense is the state's largest single employer, while the U.S. Dept. of Homeland Defense ranks at No. 12.

A wide variety of careers are offered through these outlets, many relating to informational technology. Government jobs in northern Virginia near the nation’s capital supply many of these positions, and some are among the highest paid in the commonwealth.

Software engineers account for nearly 0.9% of the state’s entire labor force, the BLS estimates. Opportunities in the field are abundant around Virginia, and pay is competitive – at a median of $111,480 per year, only California pays software engineers more on average. In addition, computer and information systems managers in Virginia earn an annual mean salary nearly $25,000 above the national median.

As with other regions around the country, healthcare in Virginia is a proven outlet for job seekers. VWC estimates a 35.4% increase in health industry employment by 2020. Demand for registered nurses especially is expected to swell in the coming years, per BLS estimates.

Using state and federal statistical data and the CareerCast.com Jobs Rated rankings, here are the best jobs in Virginia for 2013: 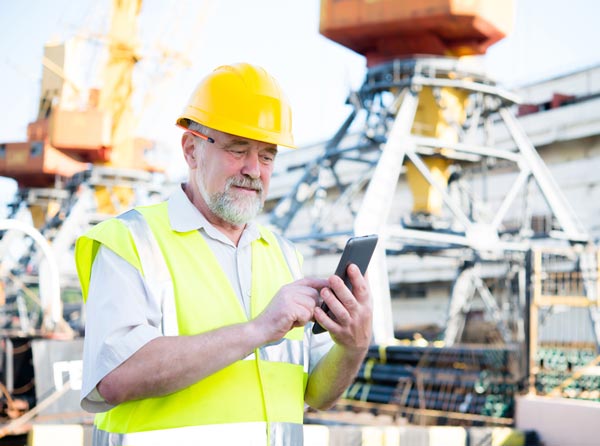 Virginia is one of the highest employing states for this career field in the country. Its maritime traffic is among the heaviest on the continent, particularly along the Atlantic coast.