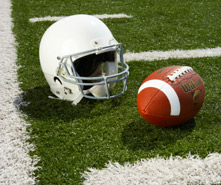 Remember watching football player Joe Montana throw a touchdown pass or gymnast Mary-Lou Retton score a perfect 10, and then dreaming of growing up to be like them? Don’t feel too bad about not making it – a fraction of a percent of the populace will ever play sports at a world-class level. But even if your dreams of becoming the next LeBron James or Kerri Walsh never panned out, a career in sports is still attainable.

Money invested in all levels of sport totaled in the billions last year, and shows no signs of slowing down.

A wide range of career opportunities exist in the sporting world, covering a diverse spectrum of disciplines. Some are front-and-center in the public eye, such as broadcasters. Statisticians have long been a part of the athletic world, but in recent years have gained public prominence. Credit books like The Bill James Historical Abstract and Moneyball, the latter of which was adapted into a popular film.

There also are many less recognized professionals working out of the spotlight who find very rewarding and challenging opportunities in sports professions, such photojournalists, public relations experts and advertising account executives. In fact, advertising and sports have long been locked in a mutually beneficial relationship.

Billions in advertising dollars have helped make sporting events the most lucrative content on television and online. AdWeek reports NBC made $268.8 million in advertising revenue from its broadcast of last year's Super Bowl, and experts estimate that CBS will eclipse that this year.

Helping to manage such a monumental event as a Super Bowl, World Series, Final Four and other, smaller sports gatherings, requires especially skilled individuals, and that’s where event coordinators enter in. Their jobs often are unrecognized, but they're crucial to the successful production of sports events.

Sport psychology is another field that is often overlooked when considering a career in the industry. An athlete breaks into a sport with years of practice. Likewise, sports psychologists require the right amount training to succeed. Dr. Roland Carlstedt is a licensed clinical and applied psychologist in New York, and chairman of the American Board of Sport Psychology (ABSP).

His organization works to ensure the services offered to athletes seeking help with stress, focus or whatever mental health issues they face, to help them with professional insight. That may seem like a given, but it’s a field that Carlstedt says has problems with self-appointed “gurus” lacking proper psychology backgrounds.

“It’s not like you can just jump into the field at the Bachelor’s level or with no degree, which goes on,” he says. “There’s a misconception that if you’re a former athlete, you know what it feels like to be under pressure and can relate to what athletes go through, and therefore you’re capable of practicing sport psychology. But that’s only true on a superficial level."

The ABSP has worked to address scope-of-practice law violations in the sport psychology field -- which Carlstedt said can reach Class 3 misdemeanor status -- and in preparing students aiming to enter sport psychology with best practices.

The board offers an outreach fellowship program, now in its eighth year, designed to help aspiring sport psychologists “gain full exposure to the protocol validated for evaluating and assessing athletes, and eventually looking into the efficacy of mental training.”

Such programs set a foundation to excel in the field, and also dispel myths about what the career entails.

“There’s a pervasive belief that… going to see a sport psychologist means that everything is going to be remedied,” Carlstedt says. “It’s much more complex than it’s made out to be.”

For someone interested in becoming a sport psychologist, the best route is a Master’s degree or a doctorate, Carlstedt says. “At the Masters level, make sure it’s licensable at some level. The ultimate credential is to be a licensed psychologist who gets board certified.” Using the CareerCast.com/Jobs Rated methodology, here are 10 career options in sports: 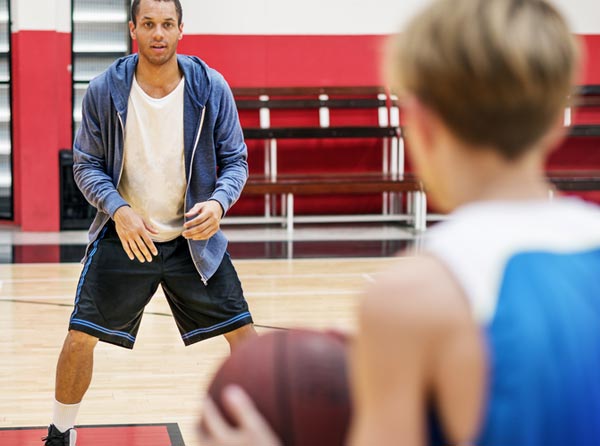 Even the most talented athletes need a capable leader, which is the role of the coach. Athletes in team and individual sports have coaches, and those at the highest level are sometimes as recognizable as their pupils.

The profession ranges from those at the pinnacle, paid in the millions, to part-timers. Many high school coaches, for example, are also teachers. Others still are volunteers at the youth sports level.