The Best Jobs in Massachusetts for 2015

The Best Jobs in Massachusetts for 2015 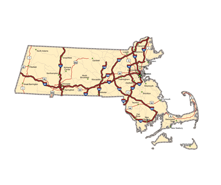 Massachusetts led the way in hiring improvement over the past year, and there are no signs of slowing for 2015. From the end of 2013 to the end of last year, the state’s unemployment rate dropped to 5.5% from 7.1%, which compares favorably to the national decline to 5.6% from 6.7% over the same time period.

As MassLive.com has reported using data from the Massachusetts Executive Office of Labor and Workforce Development (EOLWD) and U.S. Bureau of Labor Statistics (BLS), the 60,900 jobs added in 2014 were the state’s most since 2000. EOLWD projections forecast a continuously steady, upward trajectory in hiring through the next seven years, and the outlook is particularly promising for the best jobs in the latest CareerCast.com report.

The top-rated positions are in the professional, scientific and business services industries, and projections suggest that hiring in those fields will continue to be strong. Hiring of cost estimators, statisticians and market research analysts, for example, is expected to boom in the coming years, with their outlook ranging from 24% to 33% growth.

Each of these three jobs also have annual median salaries exceeding the national averages. In Massachusetts, a cost estimator earns $73,210 annually on average. Nationwide, the number is $58,860.

But for outpacing national salary numbers, tops among the best jobs in Massachusetts are personal financial adviser—$130,440 in the state vs. $67,520 nationally—and plumber. In fact, plumbers, pipefitters and steamfitters in Massachusetts earn more than $69,000 annually on average, a jump of approximately 29% from the national average.

And while personal financial adviser and plumber are two professions in sectors with slight downturns in hiring for 2014, both jobs are expected to see hiring increases of more than 20% by 2022.

In addition, Massachusetts’ workforce landscape is in lock-step with the anticipated growth nationally of tech and healthcare professions. The two sectors offer the most promising job prospects almost across the board. In Massachusetts, the forecasted impact of each is evident in the 39% hiring growth outlook for information security analysts, and the 27% and 29% projections for physical therapists and physicians assistants.

The following are the eight best jobs in Massachusetts for 2015, according to the CareerCast.com Jobs Rated report. Salary information and growth outlook data are via the EOLWD.