The Best Jobs for Introverts

The Best Jobs for Introverts 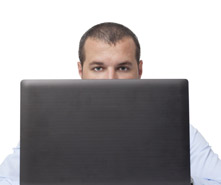 Ask any successful job seeker, and they'll say that some level of networking - combined with solid interviewing skills - helped them land a new job. Yet if you're an introvert, the communication that's required to network and interview with others creates intense fear and, in some cases, makes it impossible to job hunt.

The same is true when determining the types of jobs that are best suited for shy people. Sam Williamson worked for more than 10 years as an accountant in the New Jersey state finance department, where he spent his days alone at a computer reviewing and approving spending requests. When he was reassigned to a different division, the new job required that he travel each week to various municipalities to discuss spending plans and budgets with local finance officials.

Unfortunately, Sam was as introverted as it gets, and he was horrified at the thought of having to meet and then lead discussions with people he didn't know. Fortunately, his boss understood his issues and intervened on Sam's behalf, and the reassignment was recalled.

Sam was relieved at the change, but also sad because he realized the new job would have been both a promotion and a chance to advance his skills and knowledge. Yet his fear of having to interact daily with others was too much for him to overcome, and within a few days he has happily managing the same responsibilities he'd handled for years, confident that a dramatic change was averted.

Somehow, many introverts overcome their fears just long enough to land a new job. But for introverts already in the workplace, the security of having a job where the routine is clear and interaction with others is either non-existent or kept to a minimum is critical. For them, having a stable, quiet career often outweighs the need for advancement, say career advisors.

"Shy people often are attracted to positions that limit their exposure to new people, so they're typically found in jobs with functions that tend to be focused around a limited group of people," says Larry Stybel, CEO of Stybel Peabody Lincolnshire, a Boston-area career management firm, who cites accounting, office management and engineering design or research as jobs most appealing to introverts.

"Shy people often feel like left-handed people in a world dominated by right-handed individuals," says Stybel. "Most of their competitors for good positions are outgoing and aggressive, while introverts often have impossibly high standards of excellence and take failure quite hard."

To succeed in the working world, successful introverts find jobs that play to their strengths while avoiding an overload of interactions each day. To help with that effort, we've identified the following 10 jobs from our Jobs Rated report that are best suited to shy job seekers. If that's you, consider whether these jobs match your skills and abilities.