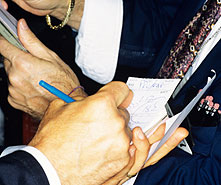 Less than two years after an economic crisis sent stock markets reeling and pushed many well-known banks to the brink of collapse, Wall Street employers have managed an improbable comeback. In fact, Stockbroker is now projected to be the fastest growing job with the largest income growth over the next six years, according to the 2010 Fastest Growing Jobs Report by CareerCast.com.

Surprised? You should be, since it was just early last year when stories of financial turmoil dominated the news and the employment prospects for Stockbrokers looked grim. But thanks in large part to bank bailouts and a resilient stock market, Wall Street is once again an industry that offers impressive growth potential and a fast track to wealth, according to the report.

To determine what classifies a job as "fastest growing," CareerCast.com incorporated new hiring outlook and income data from the U.S. Department of Labor with its Jobs Rated data to identify the eight fastest-growing jobs where hiring and pay is outpacing the rest of the employment market. The research found that stockbrokers are the fastest growing occupation with projected job growth of approximately 25% and income growth potential of up to 452% between now and 2016. Of course, the growth for stockbrokers and for many of the top-rated jobs comes after several years of cutbacks in those fields and a reduced base, which amplifies the new growth.

"One key to finding employment in a poor economy is to target positions that have suffered significant cutbacks in recent years, and are now poised to recover to previous or even higher levels," says Tony Lee, publisher of CareerCast.com. "Although many of the fastest-growing jobs require additional education, on-the-job training may be all that's necessary for a career in one of the top two jobs – stockbroker and advertising salesperson."

Other jobs that round out the top eight as the fastest growing over the next six years include biologist, geologist, stenographer/court reporter, actuary, market research analyst and historian.

Starting From a Low Base

During the past 21 months, U.S. employment has been plagued by uncertainty. Many companies – and even whole industries – have scaled back hiring just as new technological developments have opened the job market to global competition. As a result, more U.S. workers are vying for a smaller pool of jobs, causing even highly-qualified candidates to struggle to find work. Hiring has improved in recent months, but getting a steady, well-paying gig is still an uphill battle.

So how exactly can you land a fast-growing job in today's market? Many unemployed workers are opting to head back to school and gain new skills to make themselves more marketable to employers. Job training can be a great way to keep up with new industry trends, but given how rapidly the market is changing, it may be even more beneficial to return to school so you can change careers entirely – preferably to a field that gives you a better chance of getting hired.

That said, simply jumping into an industry with available jobs today may not be enough to improve your career prospects. Many of today's "hot" industries could easily become obsolete tomorrow. Ensuring that your career training pays off requires selecting a field that isn't just hiring right now, but is projected to have strong employment and salary growth over the long haul as well. After all, even the most secure gig isn't so great if you don't get a raise for six years.

To determine salary growth, each job in the report is ranked according to the disparity between its entry-level and top-end incomes, which indicates the degree that an average worker will be able to increase their paycheck over time. This information is then correlated with employment data, creating an index of the best jobs based on a hiring potential and salary growth (see the complete 2010 Jobs Rated Methodology for more information).

Predicting the future is never an exact science, of course, as economic developments could easily make the job market look very different just a few years from now. But according to projections based on current research, the hiring and pay for the eight professions listed is expected outpace the rest of the job market, making them top choices for any job seeker who's looking for a career that offers stability, growth potential and decent pay in the years to come.

Whatever industry you want to learn more about, CareerCast.com's Jobs Rated data can help you find out which jobs will help you quickly climb the corporate ladder - and which will leave you struggling on the bottom rung. Check out our rankings of the 10 Best Jobs and 10 Worst Jobs of 2010, the year's Most Stressful Jobs, and a complete Ranking of 200 Jobs based on factors such as work environment, hiring outlook, physical demands and stress. Together, these reports can help you find your best career options in any industry, from Agriculture to Zoology. 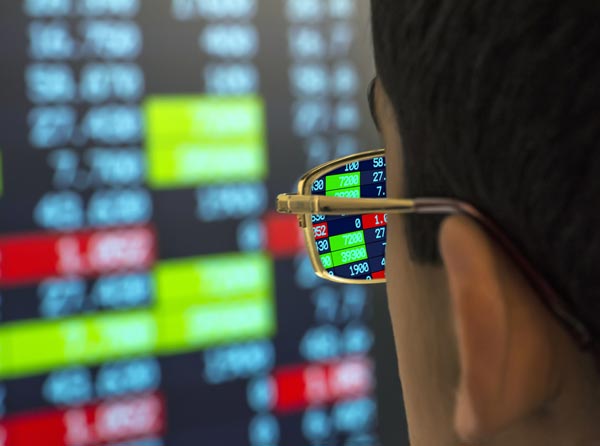 As a stockbroker advances from servicing individual accounts to working on large, institutional accounts, their earnings can more than double.