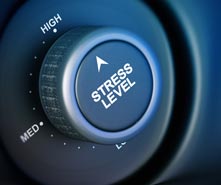 CareerCast.com evaluates the qualities of various careers based on four core criteria, but the area that often generates the most discussion is stress.

Stress is unavoidable, but a vast majority of Americans feel unduly stressed. In a recent CareerCast poll, 78% of respondents chose a stress score of 7 or higher to describe their job. That’s a jump from the 2017 CareerCast stress survey, which found 69% of responding readers scored their job stress 7 or higher.

Other sources support CareerCast readers’ answers. A late 2017 Gallup poll found 79% of respondents feel stressed “sometimes or frequently” during their day. Most respondents said they feel stressed frequently, and only 17% answered rarely. Meanwhile, work is the most common cause of stress.

That stands to reason, considering the average American ages 25 to 54 spends 40.3 hours per week at work, per the Bureau of Labor Statistics. That’s approximately one-quarter of the entire week, a third of waking time for those who sleep an average of seven hours per night.

Now factor in travel to-and-from one’s place of employment, and the amount of time dedicated to employment increases further. All this is to say that work occupies so much of our life that if work’s stressful, life will be stressful.

In that same vein, no career is free from stress. The qualifier “least stressful” refers to a score based on the 11 categories evaluated for each year’s new Jobs Rated report. You can read the methodology and each of the categories here.

MOST STRESSFUL JOBS OF 2019

Inevitably, readers from a job that scores toward the less stressful end reach out to describe the stressors they face at work. To that end, we polled CareerCast.com visitors to determine what the audience sees from stress in the workplace. The responses were fascinating.

The most common stress factor cited in the CareerCast survey was meeting deadlines at 38%, with meeting the public and growth potential tied for a distant second at 14% each. Respondents represented a wide range of industries, with healthcare and business the top two.

Results of the survey are unscientific, as online-based polls cannot control certain necessary factors. Still, the answers do reinforce what other scientific studies deduce: The workforce is stressed.

Mitigating stress factors as much as possible might prompt job seekers looking for a career change to consider any line of work. However, there are those who thrive on the pressures inherent to high-stress jobs. That’s a good thing, because those willing to put themselves in immediate danger, like firefighters and police officers, serve the common good.

But the same is true for jobs that landed on the less stressful end of the Jobs Rated rankings. Diagnostic medical sonography is a rapidly growing field with a 23% growth outlook, and an important career. A sonographer’s work can help parents-to-be with necessary preparation for the arrival of a child.

While CareerCast’s Jobs Rated report’s stress methodology categories score the position on the less stressful end, some of the more challenging aspects of the career illuminate that there’s certainly not a stress-free career in the work force. As one diagnostic medical sonographer wrote to CareerCast.com in 2018, they are sometimes asked to identify cancer and complications during pregnancy, which can be stressful.