The Best Seasonal Jobs for 2018 (Article)

The Best Seasonal Jobs for 2018 (Article) 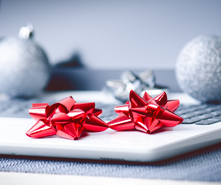 When you see a holiday display at your local store spring up a little earlier each year, understand that anticipation for the holiday season is ramping up behind the scenes, too.

The holiday season is roughly three months out, but employers have already begun beefing up their staffing in anticipation of shoppers, travelers, gift-givers, and patrons all of kinds stimulating business at what is typically the busiest time of year.

And 2018 could be especially busy.

The National Retail Federation released an improved 4.5 percent projected increase during the holiday season, which overlaps with the fourth quarter of the year. This time of year is historically rivaled only by early summer for hiring growth, commensurate with increases in consumer spending.

According to Kiplinger, consumer spending in the third quarter started strong. That could translate to the holiday season. Indeed, the CareerCast.com jobs database has more than 25,000 listings for seasonal jobs as of the first half of September, spanning a variety of sectors.

The most abundant number of seasonal jobs are traditionally in retail. From costume shops ahead of Halloween, to big-box stores meeting the demands of those shopping for holiday gifts, retailers of all varieties need temporary staffing.

Salesperson positions are the most common in the CareerCast database.

Because of the temporary nature of most seasonal jobs, the pay is not typically great. However, a seasonal job can be a promising potential path to landing full-time employment with an employer.

Other promising seasonal jobs can turn into longer-term careers in their own right. A Society For Human Resource Managers report in 2018 points to increased retention rates of seasonal employees after the 2017 holidays as a contributing factor to the falling unemployment rate.

Retailers addressing the growing demands of online shoppers translate to some excellent seasonal job opportunities that can become full-time positions.

And the growing trend of shoppers handling their purchases online translates to more than just Online Salesperson jobs.

Fulfillment centers need additional Logisticians for the crunch from online shoppers. Shipping, Receiving and Traffic Clerks tasked with handling materials in the warehouse are responsible for the next phase in the process, and Delivery Truck Drivers then ensure gifts arrive on time.

You may notice crossover in some jobs included in our recent report on the Gig Economy. That’s no coincidence.

Certain great gig jobs have especially promising opportunities in throughout the holiday rush. Mid-year tax filing falls in October, during the holiday season, fueling the need for independent Accountants. In the same vein, increases in revenue as a result of the holiday necessitates diligent accounting and bookkeeping.

Holiday parties and celebrations mean an increase in the number of Chefs needed to prepare meals for these gatherings.

In addition to retail, leisure and travel, as well as dining, there are another industries with promising seasonal job prospects. The CareerCast database features more than 200 Lodging Manager/Agents jobs in the early phases of the holiday rush.