The Highest Paying Jobs of 2017 (Article)

The Highest Paying Jobs of 2017 (Article) 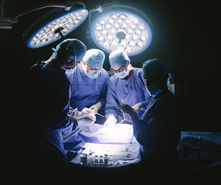 However, be prepared to make a substantial investment in your future if you plan to pursue one of these careers.

From the highest paying job of this year’s Jobs Rated report, Surgeon, to No. 10 Pharmacist, all require doctoral or other post-graduate degrees in order to get started. The Association of American Medical Colleges reports that a year of tuition in a doctoral program averages about $36,000. That totals upwards of about $150,000 in medical school debt upon entering the workforce – and that does not take into account costs incurred during undergraduate studies.

The price to get started is high, but the monetary benefit upon entering into one of these jobs is commensurate. General surgery professions have a $409,665 annual median salary, far-and-away the most financially lucrative career tracked in the Jobs Rated report.

Air Traffic Controller is the only field that made the 10 highest paying jobs of 2017 without requiring a minimum of a bachelor degree. It just made the top 10 at $122,410 annual median salary, with a recommended entry-level requirement of an associate’s degree. Getting started does require training from a Federal Aviation Administration-approved Air Traffic Collegiate Training Initiative.

The following are the 10 highest paying jobs of 2017. Annual median income and growth outlook are provided via the U.S. Bureau of Labor Statistics through 2028.