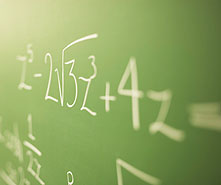 In order to quantify and rank the many different aspects of all 200 jobs listed in the 2011 Jobs Rated report, researchers reviewed various critical aspects of each profession to identify general categories that are inherent to every job: These were categorized into five "Core Criteria:"

Below is an explanation of how we determined the rankings in each of these five Core Criteria. After each Core Criteria item was scored and ranked individually, we computed the Overall Rankings for each job, which are explained at the end of this methodology.

The ranking system is designed so that the higher point totals reflect lower quality environments. After the raw scores are added together, they are mathematically adjusted to reflect average work-hours per week. This adjustment helps ensure the report recognizes jobs with excessive hours per week, and adjusts the scores of those professions accordingly. Point totals are adjusted upward on a proportional scale, depending on the number of hours each job requires.

In addition, this ranking system is designed to give approximately equal weight to the physical factors (with 50 maximum points) and emotional factors (with 41 maximum points). Because of this, a job with negative emotional conditions can easily rank just as low as one with poor physical conditions. For example, the relatively short work week for Statistician (slightly less than 45 hours) help the job score the fewest points in the Environment Rankings. With this low score of 89.520, Statistician rises to number one in the Environment Rankings. In comparison, Firefighter, with its very high scoring emotional component and grueling physical factors – including travel, confinement and very long hours – scored more than 3,300 points, the highest score, and therefore the job finished with the lowest rank in the Environment Rankings.

A Software Engineer with a starting salary of $55,000 could eventually earn $132,000, increasing their annual income by $77,000, which is 140% higher than their beginning pay. The Income Growth Potential for this job, therefore, is 140%. Adding this figure (140) to Software Engineer’s listed mid-level income, $87,000, nets a score of 87,140. Because the way that this score is expressed very closely resembles an average dollar-denominated income, a dollar-sign is added to each Income score as an accommodation to those who want at-a-glance estimates of average incomes.

Using this system, the final Income score for Software Engineer is $87,140.

The "mega factor" for outlook as defined here is expected employment growth through the year 2018, as forecasted by the Department of Labor. It is expressed as a percentage increase in jobs in a particular career field during the period, 2008-2018, which is the Department’s latest available estimate. The Jobs Rated ranking system simply uses this figure as a whole number rather than a percent, and adds and subtracts several numbers to it that are derived from other pieces of data; one is a score for the degree of unemployment and the other is the multiple that one can increase one’s salary. Below is more on these additional factors.

This refers to how much a worker can increase his or her income. See the subsection "Growth Potential" under Income for a detailed explanation. This score for Growth potential is then added to the employment growth score.

Unemployment data reflects estimates, mainly from the Department of Labor, for the third quarter, 2010, the latest available data. Below are five ranges of unemployment that were used in the scoring. Because unemployment is obviously a negative thing, a derivative of the unemployment rate of a particular job is subtracted from the sum of Employment Growth and Income Growth Potential.

The amount of stress a worker experiences can be predicted, in part, by looking at the typical demands and crises inherent in his or her job. Our ranking system for stress considers 11 different job demands which can reasonably be expected to evoke stress (see list below). Each demand is assigned a range of points. A high score is awarded if a particular demand is a major part of the job, fewer points are awarded if the demand is a small part of the job, and no points are awarded if that demand is not normally required. For example, "deadlines" was one demand measured. Journalists, who often face daily deadlines, received the maximum of 9 points in this category. In contrast, barbers, who seldom face deadlines, received no points. The demands measured and the point ranges assigned to each area are as follows:

Overall Rankings refer to the sum of the rankings in each of the above five Core Criteria above. In the Overall Ranking system, it is assumed that each of the five Core Criteria (Environment, Income, Outlook, Physical Demands and Stress) is equally important. Overall scores are derived by adding together the individual rank that each job has received in the five core categories. Because a high rank in an individual category means it is more desirable than a low rank, this ranking system translates to the lowest score being the most desirable. Therefore the lower the total score, the higher the Overall Ranking.

For example, the top-ranked job in the Overall Rankings in 2011 is Software Engineer. Its Environment rank is 5, its Stress rank is 15, its Physical Demands rank is 12, its Outlook rank is 5 and its Income rank is 23. Cumulatively, these ranks total 60, rendering Software Engineer with the lowest score, which makes it the top rated job for 2011. The lowest ranked job is Roustabout (an oil field worker). Its Environment rank is 194, Income is 160 and so on. Cumulatively, the ranks of Roustabout total 892, the highest score in the Overall Rankings, putting it in the basement at number 200 out of all 200 jobs measured for 2011.