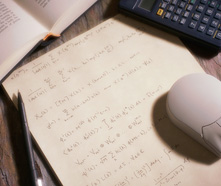 This is the Methodology for our 2009 report. For the current, 2010 Jobs Rated Methodology Click Here

How We Determine Our Top 200 Jobs

To quantify the many facets of the 200 jobs included in our report, we determined and reviewed various critical aspects of all of the jobs, categorizing them into five "Core Criteria;" that is, the general categories that are inherent to every job: Environment, Income, Outlook, Stress and Physical Demands.

The ranking system used to evaluate a job's environment considers and measures two basic factors of every work environment: the physical and the emotional components. For each occupation, points were assigned for any adverse working condition typically encountered in that job. Thus, the greater number of points a job scores, the worse the rank; the fewer points awarded, the better the rank.

* i. e. co-workers, customers including medical patients, outside stressful situations of all kinds, etc.

The ranking system is designed so that the higher point totals reflect lower quality environments. After the raw scores are added together, they are mathematically adjusted to reflect average work-hours per week. This adjustment provides that jobs which require longer working hours than most have the point total adjusted upward on a scale that escalates proportionally with the number of hours worked.

The ranking system is designed to give approximately equal weight to the physical factors, with 40 maximum points, and emotional factors, with 41 maximum points. Therefore, jobs that have adverse emotional conditions often as rank as low as those with poor physical conditions. In contrast, Statisticians' relatively short work week (slightly less than 45 hours), allowed Statisticians to score the least points, 89.520, hence the highest, or number one, rank in the environmental rankings. In comparison, Firefighter, with its very high scoring emotional component and grueling physical factors – including travel, confinement and very long hours – scored more than 3,300 points, the highest score, and therefore the lowest rank in the Environment Rankings.

The scores shown in the ranking tables might look like average incomes to those familiar with pay levels in the jobs to which they relate. However, the scores are actually a derivative of mid-level incomes, and not the average income at all. Since all incomes shown in this table are estimates rounded to the nearest $1,000, there would be many ties if the mid-level income was the sole basis of the score. Instead, the score was computed by adding the estimated mid-level income and the Growth Potential. For example, a physicist with a mid-level income earns $108,000. His or her income Growth Potential is 270%. Adding these two, the score of $108,270 was computed. As you can see, this very closely resembles an average dollar-denominated income as they were computed in an income survey. Therefore, the dollar-sign precedes the score as an accommodation to someone who wishes to get at-a-glance estimates of average incomes.

Each of the above four factors could score 250 points. While the first factor, unemployment rate, was treated as a negative number in the scoring, the others were treated as positive.

Generally speaking, about 95% of the 200 jobs achieved scores above zero and could be thought of as having at least some positive outlook, even though relative to other occupations, they are somewhat clouded. Ten jobs, however, scored below zero and the job seeker who is planning a long career in one of those fields might be well advised to be cautious.

The ranking system for physical demands used in this report includes many elements for those measured by the Department of Labor. However, an important criterion is added: overtime, that is, work time in excess of eight hours daily. After all, an executive working till 10 p.m. is surely as tired when he gets home as many construction workers who quit work at 5 p.m.

One to five points was also added for each degree of lifting required based on the five categories previously mentioned, which range from 10 pound lifting at sedentary jobs to 100 pound lifting for very heavy work. One point was also added for each hour, or fraction thereof, that the average worker puts in that exceeds 40 hours per week. These determinations were based on U.S. Census data and sundry estimates provided by those familiar with the work habits of various professionals and tradespeople. The total points accumulated represents the score used to determine the rankings.

When computing a score for each occupation, points were added together for all 21 categories. This subtotal was then adjusted to reflect a job's average work hours per week. Jobs exceeding 40 hours a week scored higher final totals, while jobs requiring less than 40 hours scored lower. Calculations involved multiplying subtotal scores by the average weekly work hours and then dividing by 40, the hours in a normal American work week.

To illustrate how this ranking system works, take the case of a firefighter. Firefighters scored maximum and near-maximum points in exertion, physical demands, speed, stamina, working conditions, hazards, outdoor work, risk of a worker's death and death of another. It scored three points in the categories of machines used, meeting the public and instructing. One point was awarded for precision. When the score was adjusted to reflect a firefighter's average long work week of 56.2 hours, the total was 110.936. These scores, of course, reflect only a typical stress profile for any given occupation. For any individual worker, stress can vary greatly depending on the particular working conditions, his or her boss and co-workers, mental outlook and a multitude of other factors which play a part in stress.

Overall Rankings refer to the sum of the rankings in each of the above five Core Criteria above. In the Overall Ranking system, it is assumed that each of the five Core Criteria (Environment, Income, Outlook, Physical Demands and Stress) is equally important. Scores are derived by adding together the individual rank that each job has received in those categories. Because a high rank in an individual category means it is more desirable than a low rank, this ranking system translates to the lowest score being the most desirable. Therefore, the lower the score, the higher the Overall Ranking.