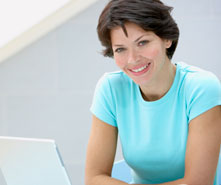 This is our report for 2012. For the 2013 Best Jobs Without A College Degree report, click here.

As millions of college graduates prepare to walk across the stage to receive their diplomas and join the workforce, they face an economy with high unemployment rates, increasing competition for jobs and mounting debt from their college expenses.

Compare that to currently working employees who didn’t attend college but have spent the past four years making money and honing their workplace skills while amassing little to no debt. Not going to college certainly doesn’t jive with what our parents and teachers drummed into us growing up. But it begs the question: does it really pay to go to college? Is it worth earning a minimum of a four-year college degree, at least financially speaking?

There’s no simple answer. In fact, there’s much more to consider before taking the position that college no longer is worth the investment.

Let’s Look At The Numbers

The annual cost for undergraduate tuition, room and board is estimated to be $12,804 at public institutions and $32,184 at private institutions for the 2010 academic year, according to the U.S. Department of Education’s National Center for Education Statistics. That means that even a modest education—a bachelor’s degree from a public university or college—will cost at least $50,000. That expense can quadruple if you attend a top-level private university. Add to this the “opportunity cost,” meaning what you could earn over four years of working at a job instead of studying full-time, and you’re talking real money! So how long, if it all, does it take new graduates to recoup all those college costs?

Assuming you have no degree but are willing to do some advanced training, such as attending a technical school, you could earn around $30,000 a year as a beginner, if you are sharp. That means that over four years, you’d earn about $120,000, while your counterpart who’s in college earns little or nothing, and may even carry the same amount in debt by graduation.

In fact, the average debt for student loans is about $25,000, according to the Institute for College Access & Success' Project on Student Debt. Debts of $100,000 or more isn’t unheard of either, especially for those going to prestigious schools or those earning advanced degrees.

The table below compares the incomes of the top jobs in the Jobs Rated report, based on educational attainment required to get hired.

When it comes to the facts and figures, however, an advanced degree really does pay off even though grads will carry some debt into their new careers. The math is all there. In fact, the average American worker with a four-year degree will earn over one million dollars more than their non-degreed counterparts during their career.

That is, except for those college grads that opt for short careers (i.e., stay-at-home parents who begin families just a few years after graduation) where a degree doesn’t pay. It takes several years in the workforce, armed with a college degree, to make it worthwhile. And when it does pay off, it’s worth the effort.

Unless you’re Bill Gates, Mark Zuckerberg or Steve Jobs, the only way it doesn’t pay to have a four-year degree is to have a career in one of the following highest paying jobs available for non-college grads: