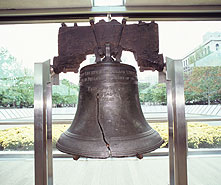 Looking for a great job in the Keystone State? Taking care of people or computers are the keys to success. Based on the latest Jobs Rated report from CareerCast.com, positions in the red-hot healthcare and technology industries offer the best balance of pleasant working conditions, good salaries, and strong projected growth in Pennsylvania through the end of the decade.

Currently at 7.5%, the unemployment rate in Pennsylvania has improved steadily in recent months (down from a peak of 8.7% in February 2010), and hiring continues to outpace the national average.

But not all jobs in the Keystone State are created equal. Some growing industries like gaming and mining offer many opportunities, but create jobs that typically require long hours or a high risk of injury. Factoring in both projected growth and working conditions, Software Engineer, a job at the forefront of the nationwide tech boom, ranks as the best job in Pennsylvania for 2012.

Benefiting from an excellent work environment, few dangerous physical demands and low stress – not to mention a median salary of nearly $90,000 – Software Engineer was named America’s best job of 2012 earlier this year. In Pennsylvania, thanks to the presence of technology companies like Microsoft, Symantec and Oracle, as well as the headquarters of companies like Bentley Systems and EPAM Systems, demand for Software Engineers is expected to grow by 2.2% annually through 2018, according to the Pennsylvania Department of Labor and Industry. In addition, the computer, science and engineering industry in Pennsylvania is expected to grow by 10.4% overall through the end of the decade.

Based on a measurement of average stress levels, work environment and physical demands, combined with projected local job growth through the end of next year, the following positions rank as CareerCast.com’s 12 best jobs in Pennsylvania for 2012: