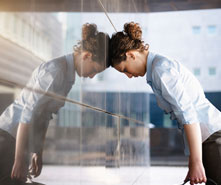 There are days when we all feel like we have the worst job in the world. But when you actually quantify aspects of every job and compare one to another, there’s a definite measureable difference between jobs that are considered pretty good and those that aren’t.

Physical labor, declining job opportunities, a poor work environment and high stress are all pervasive attributes among those jobs that comprise our 2012 Worst Jobs List.

Staking claim to the top spot in this year’s Worst Jobs list is Lumberjack. These timber harvesters scored in the bottom 10% in all of our ranking categories except income, where they ranked in the bottom 25%. Unemployment for Lumberjacks is very high, and the demand for their services is expected to continue to fall through 2016. And while working outside all day may seem like a great job perk, being a lumberjack not only is considered the worst job, but also one of the world’s most dangerous.

“The second you lose respect for the trees or the tools, it can come back and bite you,” says Jake Rosa owner of Dry Brook Custom Sawmilling in Upstate New York. As for job prospects, Rosa says, "It's not that the demand for the job is declining. It's finding people who want to do it and work hard at it that is declining.” He adds, “We're still using paper and wood products all the time, but nowadays, kids would rather play video games instead of working hard and getting their hands dirty."

For the first time ever, two different media jobs made our Worst Jobs list: Newspaper Reporter and Broadcaster. As the digital world continues to take over and provide on-demand information, the need for print newspapers and daily newscasts is diminishing. To be sure, both jobs once seemed glamorous, but on-the-job stress, declining job opportunities and income levels are what landed them on our Worst Jobs list.

"You can definitely see a decline in the industry. As a sports reporter, there used to be several reporters at an event and now, sometimes, I'm the only one," says David Campbell, a Reporter and Editor for a Pennsylvania newspaper. What has led to the decline in newspapers, Campbell says, is apathy. "Today's younger generation doesn't seem to care about the news, and, if they do, it's more about celebrities and Hollywood and not what's going on in their backyards."

Other new additions to this year’s Worst Jobs list include Enlisted Military Soldier, Waiter/Waitress, Dishwasher and Butcher. The complete bottom 10 this year in order are: Fells, cuts, and transports timber to be processed into lumber, paper, and other wood products.