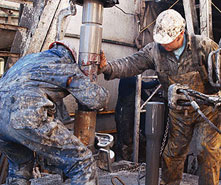 Picture this as your typical workday: You wake up at 5a.m. (or 5p.m. for the night shift) and head to the dining hall for a breakfast of cafeteria food. Next comes a 12-hour shift working outdoors in either the desert heat, an ocean storm or the bitter cold of an Alaskan winter. There may even be armed groups nearby eager to kidnap you for ransom. As for the work itself, it's backbreaking physical labor with a high risk of injury or death. And when the day is over, you still can't go home because you work in an isolated location that you're able to leave only every two weeks or so. And when it's time to sleep, you head to your shared dorm room and crash until 5a.m., when work starts all over again.

Sound like fun? While conditions vary, this is the life of most Roustabouts, a job that ranks as the worst in 2010, according to research into 200 different positions in this year's exclusive CareerCast.com Jobs Rated report. while Roustabout is a title that can also be given to circus workers, in this case it refers to those who perform routine physical labor and maintenance on oil rigs and pipelines. What makes this particular career worse than all others for 2010? The Jobs Rated report evaluates positions based on five key measurement criteria – stress, working environment, physical demands, income and hiring outlook – and in the case of Roustabout, the job finished near the bottom for every one.

In particular, Roustabout was hurt by poor rankings for physical demands (198th) and work environment (194th). Beyond these two major deficiencies, however, the job also ranked within the bottom 20 for stress and hiring outlook, and the bottom 40 for both median and high-end salary. And while Roustabout is an entry-level position that workers can progress from, it offers a median salary of $31,000, which is relatively low considering the job's dangerous nature. In addition, even high-end pay tops out at just $49,000, although this can be supplemented by overtime pay. In addition, the unemployment rate for Roustabouts was very high last year, and as investment moves away from traditional oil and gas energy sectors, the career is expected to experience negative growth, with demand falling by 6% through 2016.

Comparing jobs across multiple industries, skill levels and salary ranges, the 2010 Jobs Rated report seeks to identify careers that offer the best combination of good health, low stress, a pleasant workplace, solid income and strong growth potential. Because of this, while some Roustabouts may enjoy life on an oil rig, its combination of isolation and challenging work conditions make it a poor choice for the typical job seeker.

These same problems apply to the second-worst job for 2010, Lumberjack. After finishing as the worst job of 2009, Lumberjack improved slightly this year, largely due to an improved hiring outlook. That said, unemployment for the profession was still very high, and demand is expected to fall by 1% through 2016. In addition, Lumberjack fared poorly in virtually every category, ranking 199th and 196th for physical demands and work environment, respectively, and finishing in the bottom 20 for both stress and hiring outlook. And while the prospect of working in "the great outdoors" may seem enticing, keep in mind that the conditions involved in large-scale commercial timber felling aren't exactly the same as a leisurely walk in the woods.

Beyond Roustabout and Lumberjack, most of the other jobs on this year's 10 worst list have at least one glaring reason that causes them to rank so low, whether it's potential for serious accidents (Ironworker), long hours and isolation (Taxi Driver) or having to handle other people's trash (Garbage Collector).

Whatever position you're interested in learning more about, CareerCast.com's Jobs Rated data will be a valuable aid to help you make the most of your job search. To find comprehensive data on fields ranging from Agriculture to Zoology, check out our complete ranking of 200 different jobs.

These jobs require varying levels of training and some, such as Mail Carrier, offer better job security than most, but each has at least one significant detriment – whether it's extreme physical exertion, high risk of injury, low salary or lack of advancement opportunity. And while there will be some people for whom these jobs are ideal, each year Jobs Rated researchers try to find the careers that are likely to provide a positive experience for a majority of employees, not just a select few. So if you're a job seeker who seeks a career that pays the most, has the best prospects and doesn't risk life and limb, it's probably smart to avoid one of these 10 worst jobs for 2010: 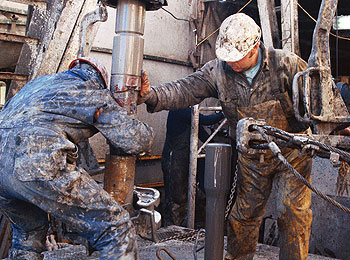 Performs routine physical labor and maintenance on oil rigs and pipelines, both on and off shore.