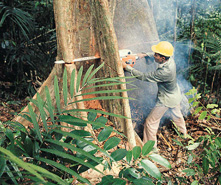 If you're lucky enough to have one of this year's 10 best jobs, you most likely enjoy a pleasant, low-stress work environment. But even the best jobs can be unsatisfying for some people. In those cases it may be time to seek a new position, but only if you're very careful in your selection. For example, if you're a desk jockey with dreams of dumping the rat race, you might want to consult JobsRated.com's rankings before saying goodbye to your cubicle. According to our empirical data, many of the nation's worst jobs involve physical labor and extended time in the great outdoors.

Based on research into 200 different positions, this year's JobsRated.com report concludes that while mathematician earns the coveted title of America's best job, the career squarely at the bottom of our rankings is lumberjack. What makes being a lumberjack so unappealing? Also known as loggers, lumberjacks perform backbreaking physical labor in an unpleasant environment – detriments that also apply to our next-worst job, dairy farmer, which requires employees to rise with the dawn and work hard for a minimum of 50 hours every week. Despite their privations, both positions pay less than the salary earned by an entry-level bookkeeper.

Rounding out the 10 worst careers are jobs saddled with other glaring deficiencies. Taxi drivers deal with crime and the stress of traffic all day, while a sailor is away from home for most of the year while dealing with storms and pirates. Roustabouts, who maintain oil rigs and pipelines, shoulder intense physical demands in a dangerous environment, while the disadvantages of being a garbage collector are pretty self-explanatory. Most of the positions in JobsRated.com's lowest rung have an average annual salary below $40,000.

With the exception of some positions like EMT, many of these jobs require little more than basic training and, in most cases, a strong back and large muscles. But even if a job like lumberjack isn't on your radar, info from JobsRated.com can help ensure your career choices are the right ones. In the coming weeks we will release rankings based on such criteria as stress and income, along with a comprehensive list of all 200 surveyed positions. And if you simply must try a new career in the great outdoors, be warned – according to our data, you're better off staying close to your desk.

Mathematician may be the nation's best job while lumberjack is the worst, but where does your occupation stand in our rankings? Check out our complete list of 200 positions for detailed info on today's job market.

If you're considering a career change, the following are your worst overall options: 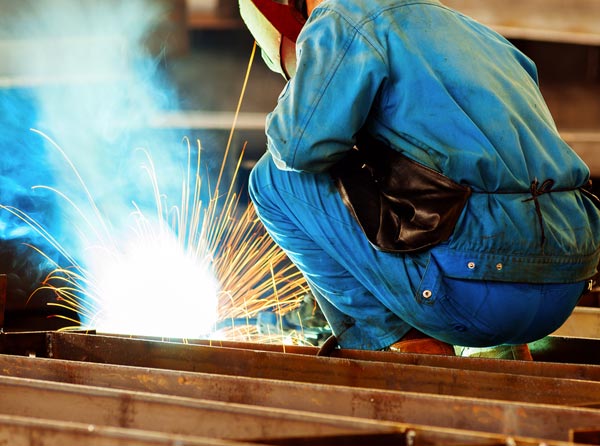 Raises the steel framework of buildings, bridges, and other structures.