The 10 Most Spooky Jobs

The 10 Most Spooky Jobs 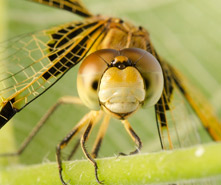 Brave souls gravitate to the things that make many of us shudder, both personally and professionally. Jobs working with the deceased, creepy bugs and animals and those in dangerous environments might spook the majority of us. But for others, it's the elixir of their professional lives.

For instance, studying and playing with insects all day might send quivers through some people. But not entomologists, the folks who spend their time working with things that crawl and fly.

“When people think of an entomologist, most think of a guy with a butterfly net,” says Richard Levine of the Entomological Society of America (ESA). But there is much more to the profession that, while some people may consider the work gross, is critically important.

“There’s a disease called malaria that kills a child every minute,” says Levine, which means that entomologists who work with mosquitoes for a living are focused on saving lives. In fact, both mosquitoes and ticks deserve your fear, he says, as they are two of the most active carriers of maladies worldwide, including malaria, West Nile virus and Lyme disease.

Another potentially creepy job is medical laboratory technologists, who study blood and other body fluids—truly not a line of work that appeals to everyone. Their research is invaluable to diagnose health problems and help identify potential preventive measures.

Some jobs might require you to overcome a phobia to succeed. A few common phobias include the fear of heights, a fear of confined spaces and a fear of the dark. The job atmosphere of a miner is sure to terrify those who dread being either cramped in a small space or alone in dark.

Transmission tower workers climb several stories to repair and maintain telecommunication equipment, and typically all that separates them from the ground below is a platform not much wider than their feet are long. That thought alone is enough to send heart rates skyrocketing, especially if you have a fear of heights.

Mortality is the root of many fears, particularly those that spook us. Imagine being exposed to death as your career. Coroners and forensic scientist technicians don’t need to imagine. Coroners operate morgues, and forensic scientist technicians investigate crime scenes. So unless dead bodies don't bother you, don't consider working in these professions.

Some other spooky jobs you might want to avoid are included in our Jobs Rated list of the nation's spookiest jobs: