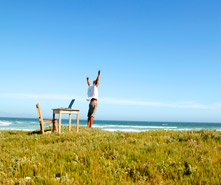 Americans are going to college in record numbers. In fact, 63.3% of citizens ages 18 to 30 have or are on track to earn degrees, according to PayScale.com. And the U.S. Bureau of Labor Statistics data shows job seekers with college educations are still twice as likely to land a position as those without. These facts combine to create rising job opportunities in the college ranks, which help make teaching jobs less stressful than ever before.

To be sure, holding an advanced degree is especially important if you want to enter this year’s least stressful profession. University professors typically have advanced degrees, usually a Ph.D. But in some cases, Master’s-level applicants will be considered, especially at the nation's fast-growing community colleges.

The Chronicle of Higher Education conducted research of 1,251 U.S. colleges, and found that private institutions pay professors the highest salaries, while also boasting the lowest ratio of students to faculty members, than colleges in any other country globally.

“Education in the United States is still best in the world,” says Aaron Barlow, Assistant Professor of Literature at New York City College of Technology. “People from all over the world want to come [to the U.S.] to study.”

Harvard University pays full-time professors $198,400, with a 7:1 professor-to-student ratio, while University of Chicago professors receive $197,800 per year with a 6:1 ratio. Among public universities, the University of California at Los Angeles (UCLA) is highest paying, with an average wage of $162,600 for its full-time staff.

Prof. Barlow also taught American Literature at the University of Ouagadougou in Burkina Faso, and he says that while teaching there in the 1980s, the university employed the “French model,” meaning larger class sizes of “over 100 students in a composition class. It’s difficult to give even 25 or more composition students worthwhile feedback,” he says.

To maintain the quality of education while meeting the increased demand, universities are expected to add 305,700 adjunct and tenure-track professorial positions by 2020, the BLS reports. No career is stress-free by any means, and university professors face challenges. Competition for coveted tenure-track positions is high, and some universities have created a new emphasis on hiring adjunct professors. For example, design professor Robert Burger teaches as an adjunct at Rider University in Lawrenceville, N.J., as well as at three other colleges (one online) while looking for a tenure-track position.

Work beyond the lecture hall is also a vital facet of the professor’s day. Postsecondary educators can assist in scholarship committees and curriculum development. Research is also a critical part of the university professor’s responsibilities, as educators typically are expected to produce published works.

A former gift store owner, Prof. Barlow compares his past career to his current saying that both required self discipline. His description of “no one looking over your shoulder” applies to one of the Jobs Rated stress score metrics, working in the public eye.

University professor was the only career to score below seamstress/tailor on the least stressful jobs scale. Unfortunately, the monetary incentive for seamstresses and tailors is low – the BLS estimates the median salary for a seamstress at $25,850 annually, while the median salary for a University Professor is $62,050. Yet low safety risks, less physical demands than most other careers and peaceful work environment make working with fabric and thread one of the least stressful for 2013.

A handful of careers in the medical industry also made the 10 least stressful rankings: medical records technician, medical laboratory technician, audiologist and dietitian. That’s good news for job seekers in the current economic environment, because the healthcare industry is expected to be the highest growth sector in the next decade.

Continue on for the complete least stressful jobs of 2013 report: 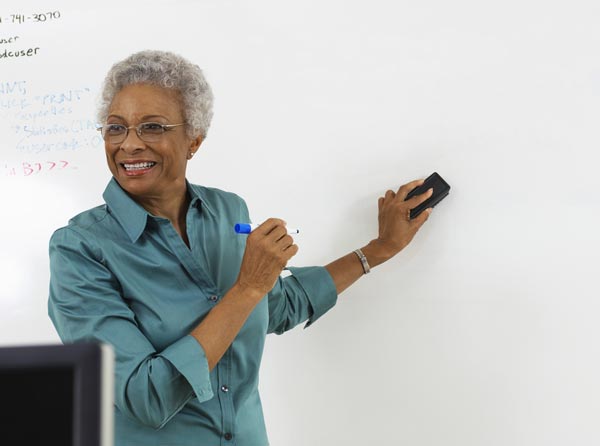 University professors are at the pinnacle of the education field. Their students are largely those who choose the classes they attend, and thus want to be in class. Unlike elementary and secondary educators, the performance of college professors isn't evaluated based on standardized tests. University professors also have the opportunity to earn tenure, which guarantees lifetime employment.