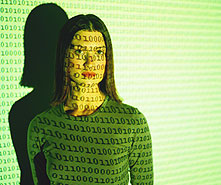 The geeks strike back: despite enduring an industry bubble and the threat of outsourcing, Software Engineer ranks as the Best Job of 2011.

In recent years, the job market has increasingly rewarded math whizzes at the expense of less technical professionals. Actuary, Mathematician and Accountant have all ranked among the best jobs in America by offering a pleasant work environment, good salary and healthy job security. But in 2011, as the emergence of specialized technologies creates new industries, landing the year's best job requires not just skill with numbers, but a strong knowledge of computers too.

Software Engineer, a job that involves the design and creation of software for everything from operating systems to cell phone "apps" to interactive games, ranks as the best job of 2011, according to this year's Jobs Rated report. Surveying 200 different professions across a wide variety of industries, skill levels and salary ranges, Jobs Rated researchers determine their rankings of the best jobs and worst jobs according to five core criteria: Work Environment, Physical Demands, Outlook, Income and Stress. The goal of each Jobs Rated report is to determine how gratifying each profession will be for a majority of workers – not just those who are famous or exceptional – so they can be sorted into a list of the "worst" and "best" jobs.

What helped Software Engineer capture the title of America's Best Job? While many factors push a career to the top of the rankings, the strong performance of Software Engineer this year can be attributed to two emerging industries: web applications and cloud computing. A proliferation of companies making applications for smartphones and tablets, along with the push to develop "cloud" software hosted entirely online, has made the job market for Software Engineers broader and more diverse. And a diverse job market brings improvements in stress factors such as Growth Potential and Competitiveness, as workers become less beholden to employers or vulnerable to outsourcing. In fact, the stress ranking for Software Engineer improved 10 spots this year, jumping from 25th to 15th place overall.

By contrast, 2010’s Best Job, Actuary, saw both its overall outlook and stress rankings fall sharply for 2011, due in part to continued uncertainty regarding insurance industry regulation.

Each year the Jobs Rated report seeks to find professions that provide the best overall experience for workers, not just jobs that excel in one particular area. For 2011, Software Engineer managed to rank better than 15th for every measurement criteria save one – Income, where it still finished 23rd. This means that on average, the profession offers a comfortable work environment, few intense physical demands, better than average income, strong hiring and comparatively low stress, helping it easily rank among the best jobs of the year. And while there may be exceptions to these findings (both good and bad), when compared to a low-ranking job such as Garbage Collector, which requires intense physical labor in an unpleasant work environment for little pay, Software Engineer fares particularly well.

While top-ranked jobs like Biologist and Computer Systems Analyst are related to growth industries such as biotechnology and cloud computing, many of the jobs that finish near the bottom are in industries that have suffered during the recent recession. These low-ranking professions frequently offer a combination of backbreaking labor, dangerous (or deadly) work environments, low pay and poor employment prospects.

Any of the 10 best jobs listed here would provide a pleasant work environment, good pay and strong hiring prospects. But which professions should you avoid if you're looking for a low-stress, highly-rewarding career?

Continuing a recent trend, a majority of the jobs that rank in the top 10 this year require proficiency in math, science or technology, and all of them require higher education or specialized training: