Why Millennials Value Company Culture Above All Else

Why Millennials Value Company Culture Above All Else 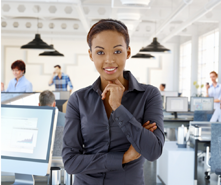 Millennials — has a generation ever sparked so much controversy? From journalistic outcry of their laziness and entitlement to more sympathetic thought pieces describing the hard knocks of a woeful economy, never has an age group’s merit been so hotly contested.

But love them or hate them, they’re coming to an office near you. Last year, millennials exceeded Gen X as the largest age group in the workforce, meaning that their influence will last and grow for years to come.

Talking to someone younger can feel alienating when they’re speaking a language of slang and pop culture references that are completely foreign to you. But actually, millennials’ attitudes towards work didn’t happen in vacuum. Like most generations, their values are mostly the product of the surrounding atmosphere in which they came of age.

Larger trends in the workplace fuel their preference for culture over other incentives, making it king among benefits.

Many millennials graduated, fresh-faced and excited to enter the career of their dreams—and found themselves smack in the middle of the Great Recession. That’s dampened their enthusiasm for perks like 401ks and profit sharing. Who wants to invest when returns are murky at best? Meanwhile, new studies are showing most millennials may not even be able to quit working until age 75. That’s a massive jump from the current median age of 62.

Most millennials also hold heavy student loan debts (the class of 2015, for instance, graduated with an average debt of $35,000 per borrower), meaning they’ll be working longer and later, so they might as well find it enjoyable.

Culture, on the other hand, offers an immediate benefit that can be felt in real time. Office happy hours and a team with hip, fresh ideas make working a more positive experience all around, rather than an obligation that must be endured until it’s finally time to retire.

My employer, Modernize, offers traditional incentives, of course — but it also has a tech-ready startup vibe and a focus on ideas that cannot be quantified.

It’s no secret that employees of all ages are being asked to work longer and harder — the average workweek is around 47 hours now, not 40. That shift isn’t being lost on millennials; flexible work hours consistently top the list of the things they look for in a company.

Concern for mental and physical wellness is a trend all across our culture, however. An estimated 40 million Americans currently suffer from an anxiety disorder, and many credit busy, stressful work with propelling those numbers. Finances and work represent some of the most common stressors — 8 out of 10 Americans find office life to be a significant source of anxiety.

Millennials, who are being asked to work longer — both in terms of hours per week and career lifetime — are asking for flexible workplaces that will honor their need to have a life outside of work, and startups are listening.

PricewaterhouseCoopers found that millennials are drawn to companies with brands they respect, meaning they’re more likely to be swayed by CSR programs and a brand’s stance on social issues—like its take on the environment—rather than a company’s bottom line.

Brand perception has never been more important than it is today, and millennials grew up in the era of “Twitter shaming”—a time where their influence as a consumer could make real waves just by sending their 140 characters out into the world. They expect companies to live up to the hype, and they want to have a real, personal connection with the firms they work for.

Our staff, for instance, come to Modernize compelled by a passion about our mission to change energy efficiency and use amongst homeowners, and to bring environmental issues in homes to the forefront of the cultural conversation.

The era of the digital native

Tech is affecting our expectations for waiting times—think how frustrated you get just waiting for that important cat video to load, for instance. And that kind of instant gratification, more than anything, explains the impatience of younger workers.

They grew up using technology, meaning that they’re not willing to sit idly, devoting their whole lives to a company that may or may not adapt to new technological advancements.

Meanwhile, tales of startup offices, where a workspace might as easily have a ping pong table as a conference room, have penetrated millennials’ expectations for workplace culture.

They want the environment to be casual, and employer-employee relationships to be built on trust. That means that to capture and retain younger employees, you’ll need to tout your office culture as one of your company’s main selling points—and you’ll need to make good on your promises, as well.

Erin Vaughan is a blogger, gardener and aspiring homeowner in Austin, Texas, where she writes full time for Modernize.com. Erin's goal is empowering homeowners with the expert guidance and educational tools they need to take on big home projects with confidence.