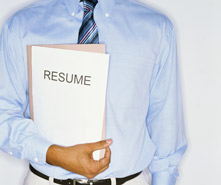 With record unemployment still plaguing the nation and certain metropolitan areas, the eyes of many displaced workers are on the sectors adding new employees. These job categories are hard to find sometimes, but there are some out there both locally and nationally that should show some growth at least for the short term.

In mid-2012, the economic research giant Moody's published a report projecting employment growth by industries in states and nationally. Its projections were for the current fiscal year spanning from the summer of 2012 to the summer of 2013.

The report has some hits and misses so far. But above all, it also emphasizes job growth patience, something that has been echoed locally as well. Technology, health care and hospitality and leisure jobs will likely rule the day locally and beyond in the coming year or two.