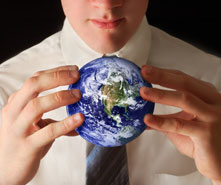 While many career fields are booming in 2012, it does not come as much of a surprise that two fields are topping all the rest, healthcare and computers.

The healthcare industry will forever be the place to develop a career in and that is for two reasons. One, with an increasingly large aging popluation, people want to stay healthy and live as long as they can and two, with growing technology in medical science, there are more options available to everyone to do just that.

The computer industry has really started to grow since the birth of the internet. However, in today’s world of technology, online marketing has become the career choice for many. This means that computer companies are becoming more competitive each year and obviously, people are needed to run those computers.

Need a job? Thinking of switching careers?  Check out are where the hot jobs are in 2012.

The healthcare field is thriving and that means careers in doctor’s offices, and hospitals are abundant. While careers as doctors, surgeons and anesthesiologists are important, the backbone healthcare careers such as the ones listed below are the ones that really need to be filled in the years to come.

Health is important and since there are billions of people on this planet, there is always a need for a nurse. The growth for registered nurses between 2006 and 2016 is expected to be by 587,000 new jobs. It is the single largest career movement in the United States for 2012.

Registered Nurses can earn an average of $64,690 annually.

Going right along with the rise of a registered nurse is a home health aide. Many baby boomers are starting to get older and are looking to retire so it comes as no surprise that home health aid jobs are growing in demand.  By 2050, 88.5 million of the population will be 65 or older, according the Department of Health and Human Services. That is double of the estimated elderly for 2010. The need for home health aides will continue to rise.

As the internet grows so does the computer industry, which means careers like web developers, network engineers and SEO specialist becomes more popular, too. However, there are three other careers that top those careers in 2012.

According to a 2012 survey, Computer Science is one of the topmost bachelor’s degrees in demand these days. The computer systems design and related services industry has made continuous growth since the latter half of 2011, which means more careers are opening up and will continue to throughout 2012.

This occupation grew by 3.8% from September to October of 2011 and became increasingly popular throughout the rest of the year. Management analysts deal in the management and technical consulting services of computers.

This particular career will see a sizable amount of growth throughout 2018. This includes careers in network architecture and engineering as well as web administration and development.

While many jobs are expected to see some growth this year, the healthcare and computer industries will see a remarkable amount of improvement in 2012.