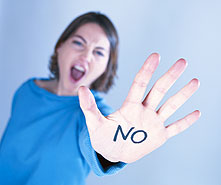 Q: I have worked for many companies and have been told repeatedly that company rules won't allow them to give out references. I have gone to two temp agencies, and they had to drop me from jobs because I had only one reference. What is one to do to get around this problem?

A: Many companies have instituted policies to limit the information released about individual employees. The good news is that there are alternative approaches to obtaining references and, despite the policies in place, many employers haven't stopped talking, say career and human-resource experts.

First, you'll need to expand your idea of who would serve as a good reference. Consider people you used to work with who are no longer affiliated with the company. Maybe they have retired or moved on to a different position elsewhere. They are often more likely to be willing to talk, says Kelly Blokdijk, founder of TalentTalks, a Southern California-based career-management company. "It might also be beneficial to explain to references that information provided is based on their direct experience with you, rather than as a representative of a given company," she says.

While many companies have "no talk" policies in place, you'd be surprised at how much information people are willing to give over the phone, says Jeff Shane, vice president of Allison & Taylor Inc., a Rochester Hills, Mich.-based reference-checking and employment-verification firm. And not all of it is positive. More than half of the reference checks conducted by Allison & Taylor come back as negative, according to Mr. Shane.

With the increasing popularity of social-networking sites, today's employers have more options when screening prospective employees. So, the list you provide may not weigh as heavy as you think. Sometimes, what is more important is the people you don't list, says Bob Nicoson, vice president and chief human resources officer for Constant Contact, an email marketing firm in Waltham, Mass.

"While we will contact the references that the candidates provide, we really want to understand why they listed those people as references and why they didn't list others," he says. For example, why one boss but not another? LinkedIn and other social media sites are valuable in helping identify these references, he says.

In today's tight economy, you'll want to be on good terms wherever you work – no matter how long you plan to stay or what the circumstances are when you leave. "The time to build and cultivate good references is before you ever leave your current place of employment," says Mr. Shane. "Prior to leaving, ask those with whom you think you have a good working relationship if they will provide you with a letter of recommendation."

Once you leave, Mr. Shane recommends contacting your former supervisors periodically and updating them on your career and asking them to continue being a reference for you. "Thank them for their time and acknowledge them with a personal thank-you letter or email," he says. "This simple etiquette will be one of the best investments you can make."