What If A Job Search Was More Like Pokemon Go?

What If A Job Search Was More Like Pokemon Go? 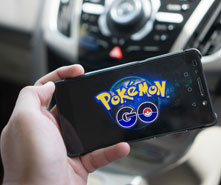 Catching all 250 creatures on Pokemon Go proves far more difficult than the hot, new app catching downloads. In just a few days, Pokemon Go registered 15 million of them, according to USA Today.

The app brings the game, which gained wild popularity in the late 1990s and early 2000s, to life through smartphones. Characters appear for capture in users' actual location, and various landmarks function as Pokemon gyms for players to compete with each other.

Pokemon Go differs from other video games in that it actively encourages and rewards users for moving around, getting outside and interacting with others. It's ingenious in its simplicity.

Remarkably, Pokemon Go underscores how simple other aspects of our lives can be, so long as we're vigilant and know where to go. Consider a job search.

Finding a job is not always easy. Just a few years removed from the worst economic recession since the Great Depression, memories of just how difficult in can be should be fresh.

But jobs are there if you're willing to actively move around. It's easier if you know where the jobs are located.

The Pokemon Go app informs players of a Pokemon's location through the Pokedex, a database that shows what kind of character is nearby and the proximity.

Job search databases, like ours here at CareerCast, function similarly. And, like the characters' locations on the Pokedex, the jobs are regularly changing.

It requires the user's vigilance to regularly check in when searching for the right job.

Perhaps the job listings you see are not those you want. Come back at a later time, or update your search location. When it's time to make a big splash, go to hot spots.

And, yes, there are things in the job market analogous to Pokemon gyms or Pokestops. Consider attending a career fair or a trade show specifically tailored to the industry in which you are seeking work.

Such events are held regularly, so long as you know where to look and remain alert.

Meanwhile, the beauty of a job search is that you need not catch 'em all to be fulfilled. You just need to catch the right one.