What Happened to the American Dream?

What Happened to the American Dream? 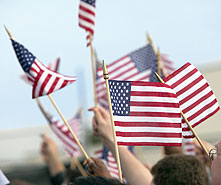 Politicians and pundits alike have been debating just when the job market "recovery" will finally pick up steam. They all have different theories, and they’re all wrong.

Recovery suggests that we will, at some point, return to an economy similar to the one we had before the Great Recession. We won’t. Why? Because of something I call the Economic Singularity.

According to Vinge, we haven’t yet reached the singularity. We have, however, passed the Economic Singularity.

By every measure, workers in China, India, Korea, Germany and elsewhere have more up-to-date skills and more current knowledge than many of us do. As a result, American companies are no longer competing organizations with cheaper labor. They’re competing against those with more capable labor.

That reality has opened a new era in the American workplace. As I explain in my just published book, A Multitude of Hope: A Novel About Rediscovering the American Dream, this emerging epoch is often described as an Information Age. It’s not. Information is worthless unless it’s put to work effectively. So what is actually occurring is the dawning of the Informed Age.

The more capable each of us is in using the latest information creatively and productively on-the-job, the more valued we will be by our employers and the more secure our future will be in the global economy.

When you are informed, you excel at your work. And excellence is the new definition of "qualified" in the American workplace. Whether you’re looking for a new job or trying to hang onto the one you currently have, it’s no longer enough to be able to do the work. Now, you have to excel at it.

This redefinition of workplace qualifications and a host of other changes represent a societal shift that is every bit as profound and permanent as the transition our nation made from an agrarian to an industrial society in the late 19th century. It is frightening, disruptive and unforgiving.

As with that earlier shift, however, this new era also holds great promise and possibilities. It holds more opportunity than has ever existed in the land which invented it. For the U.S., therefore, there won’t be a job market recovery, but there will be lots and lots of discovery. And discovery is the energy source of the American Dream.

To read an excerpt from Peter Weddle’s new book, A Multitude of Hope: A Novel About Rediscovering the American Dream, please visit www.AMultitudeofHope.com. The book is available at Amazon.com and in books nationwide.