When All Else Fails, Consider a Useless Job

When All Else Fails, Consider a Useless Job 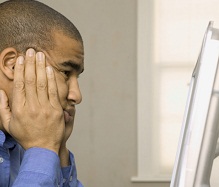 Long days spent watching the clock plague everyone at some time or another in their working lives. Such frustrating moments can make your job feel meaningless, but those lulls are typically offset during busy periods. Yet some jobs lack those peaks that make work fulfilling, which makes them some of the most menial, obsolete and downright useless jobs in the working world.

Determining a job’s usefulness can be subjective. While there are certain professions that may not fill any meaningful purpose – reality TV star, for example – there is enough consumer demand to keep people who hold those jobs busy.

Demand plays a role when we determine the rankings for our annual CareerCast Jobs Rated report. Careers are added to reflect the changing employment landscape, while others are removed when they are no longer relevant. For instance, our Jobs Rated report no longer includes data-entry clerk or word processor among its Top 200 listings, as that type of job has become increasingly obsolete.

Still, the U.S. Bureau of Labor Statistics estimates that as of last May, there were still tens of thousands of people employed as word processors. And the BLS reports that in 2010, over 300,000 compositors were still in the labor force.

“The worst part about it is that it’s so basic,” says one former data-entry clerk in California who asked to remain anonymous. “Data-entry just eats away at your day.”

Sometimes called featherbedding -- named as such because it equates to filler – many useless jobs still exist because the work needs to get done and hasn't been automated.

The former data-entry clerk says that a challenge for those who hold dwindling or useless jobs is parlaying their experience into other opportunities. If a particular skill set is no longer in demand, the onus is on you to learn new viable skills.

“You can always spin your skills into a more marketable light,” he says.

Technology is the most consistent factor in rendering a job useless. Planning a trip today is a do-it-yourself endeavor: you can book accommodations, transportation, discover restaurants and entertainment, and navigate your route all online. Thus, the traditional travel agent is no longer necessary. However, specialized travel agents still exist to tackle unusual or exotic requests, usually from wealthy clients. They've created a niche that has turned a useless job into a profitable one.

Akin to data-entry clerks, technical advancements have made typesetters obsolete. Publications are moving to an online-only model with increased regularity each year. And yet, the BLS estimates nearly 300,000 typesetters remained employed just a few years ago.

To be sure, not all useless jobs were at one time practical. There are frivolous jobs that don’t fulfill a necessity. For example, atmosphere coordinators won’t spend their “work” day (or night) twiddling their thumbs. Rather, they pump their fists for pay. That’s because some nightclubs and bars hire employees who are essentially professional partiers. They are tasked with feigning a great time with the aim of their fun influencing patrons, and thus generating more business.

Earning a pay day for having a good time, contrived or not, probably still beats some jobs, such as bearing the elements to solicit drive-up business, which is the life of the sign spinner. Spending an afternoon under the sun in a plush mascot costume and using a cardboard sign to advertise discount products hardly seems like an ideal work day. But this guerrilla marketing tactic is popular because it’s inexpensive.

Most useless jobs have one other attribute in common: they are low wage. And while sign spinning is popular now, it could face a similar fate of shrinking market that other careers see, if some legislators get their wish. Local governments are cracking down on sign spinners, and others following suit could endanger their job prospects.

One solution for a useless job is to seek ways to either contribute more to the job you have, or find volunteer work or a second job that adds more workplace stimulus. Remember also that job market instability over the past few years has taught many of us to not take employment for granted. If you find yourself looking at the clock every few minutes and rearranging your pen placement, it could be worse -- you could be spending your time seeking a paying job.