Taking Charge of Your Career Trajectory

Taking Charge of Your Career Trajectory 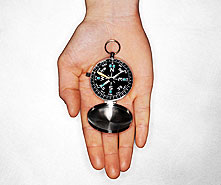 A lot of people are angry and frustrated with their careers these days. They played the game and obeyed the rules, but still got blindsided by external circumstances that have battered their security and self-respect. They expected their career to be able to accommodate the situation, but it let them down. They thought their career was a self-correcting system, only to discover that, in fact, it needs a guiding hand in order to succeed.

There's been a lot of commentary about the career prospects of lawyers these days, so let's take a look at that profession as a case in point.

According to news reports, the number of people taking the law school entrance exam rose dramatically in 2009. Not surprisingly, law school applications did as well. At schools ranging from Washington University in St. Louis to the University of Iowa's College of Law, applications were up from 20% to over 40%. Having evaluated their prospects of success in other occupations (including their own), more and more people are apparently deciding that becoming a lawyer is a smart idea.

The New York Times, however, featured a report that suggested exactly the opposite is true. It introduced Daniel Lukasik, an attorney who runs a Web-site called Lawyers With Depression, and described what he has encountered:

"Mr. Lukasik recently received a call from a man who said he was a fifth-year associate in Manhattan who complained that he felt expendable even though he was a top performer. "He asked 'What more do I have to do?' Mr. Lukasik recalled. 'I'm billing a large amount of hours, I'm a team player,' but he said it's very possible he might lose his job. And he was a Yale graduate, at a top-20 firm."

This associate was paralyzed by a sense of betrayal – the feeling that his occupation (and the economy itself) had let him down. He believed that because he was doing all the right things in his career, in return his career would treat him right. He was simply unable to comprehend that the workplace is not governed by physics-like laws of certainty and predictability. It is, instead, a "wild west" frontier that defies prediction, and can never be turned into something orderly and easy to understand.

How Can You Deal With Such a Situation?

Careers are not self-correcting systems. If you're passed over for a promotion in favor of someone less qualified than you, waiting patiently and "doing a good job" probably won't make things better. To ensure success, a career must be guided into a state that provides you with security and satisfaction. And the best way to go about this is to engage in something called Career Activism. What is that? Simply put, career activism is creating a new outlook on the workplace – one which acknowledges that managing a career is a personal responsibility, not the responsibility of an employer.

In the case of the lawyer, for example, he must be willing to work as hard on his personal future as he does on his legal briefs for his employer. He must stop worrying about his job security and start working at his career security. With that commitment in place, he could take the first step toward workplace independence by asking himself a frank question: Is his current profession truly nurturing his talents, or is he working, instead, only to attain some idealized lifestyle? The fact that he may be performing at a high level doesn't ensure that he also loves what he is doing. And no lifestyle – regardless of how plush and comfortable it may be – can justify slogging through day after day at what another lawyer called "an absolute torture shack." There is no standard of living worth the employment equivalent of water boarding, in any occupation.

If the legal procession isn't fully employing his talents, as a career activist it is his duty to find an occupation that will. If, on the other hand, the law does in fact enable him to express his natural gifts, then the next step in managing his career would be to assess whether or not he is truly performing at his peak. If he isn't, it is also his job to fix those aspects of his work where he is falling short.

If he is doing his best work, then it is up to him to create options for himself. Here is a good initial course of action, following the career activist's path:

1. He should assess whether he is being fulfilled in a big Manhattan law firm and, if not, where he would be better able to pursue happiness in his profession.

2. If working in a big firm is the right place for him, he must take steps to protect himself should his current employer be unable to sustain his employment. He must work to increase his visibility and stature among other potential employers to ensure that he, rather than his company, can determine the state of his employment.

3. If working someplace else would suit him better, he must quickly begin work to develop a strong network of contacts that can help him move to a new company – or even an entirely new profession – when he chooses to do so.

Such career activism is already on the rise in the American workplace. A 2009 Executive Mobility Survey conducted by BlueSteps, an executive search firm, found that an astonishing 75% of currently employed executives describe themselves as likely, or even very likely to consider taking a new job in 2010, despite the lingering effects of the Great Recession. They don't see themselves as anchored to their current employer, and they are looking ahead to new job opportunities that will better serve their career goals. Assuming they are able to act on those plans, they will have corrected their careers.

Even with a recovery from the recession, the global marketplace is too unstable for us to return to slow-moving, predictable days of the past. Our careers will continue to be disrupted by threats, roadblocks and sudden layoffs. But those situations can only defeat us if we let them. Each of us has the capacity to change the course of our career. We just have to "roll up our sleeves" and commit ourselves to doing it.