Surviving the End of the Employment Bubble

Surviving the End of the Employment Bubble 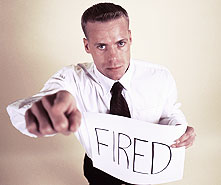 We're all familiar with bubbles. There was the dot.com bubble in the 1990s, as well as the housing bubble in recent years. Both were defined by increasingly overheated investment activity, which ultimately fell flat. Today the job market is suffering a similar downturn, but unlike bubbles in the past, the cause of this new decline is different. Rather than over-investing, most of us have put little or nothing into our careers over the years, and the resulting vacuum is strangling our future. When times are tough, it's hard to succeed with a skill set that's been left to atrophy.

The notion that we could get something for nothing in our careers emerged along with the belief in get-rich-quick investing and home ownership as a path to free money. But even after realizing that buying a home or creating a stock portfolio are long-term investments in the future that require effort, most of us are still lazy when it comes to the workplace. Oh sure, we put in some effort when first starting out – getting an education or trade credentials, for example – but after that many of us act as if the Bill of Rights guarantees a lifetime of stable employment with no additional work. In fact, invitations to invest in our careers are often viewed with suspicion.

Ironically, nothing could be further from the truth. Indeed, not investing in ourselves both denies us success, and prevents us from rescuing ourselves when things go wrong. As has happened in recent years, this lack of investment helps to create a false sense of entitlement, making it all the more difficult to turn around and ramp up our efforts now that the steady stream of good, available jobs has suddenly ceased to flow.

Setting Us Up for Even Harder Times

This idea that career development will just "take care of itself" is partly to blame for the deteriorating skills and knowledge we bring to work each day. We're falling behind the rest of the world in research, productivity and value creation because the conventional wisdom is that it's not our job to keep up. We've been taught that we bear no personal responsibility for maintaining state-of-the-art skills in our field, or for acquiring the expertise to manage our own careers.

Evidence of this situation can be found at any local job club. With unemployment rising, meetings these days often attract well educated professionals who've never been unemployed before. They worked hard and were loyal, but neither of those attributes saved them from a pink slip, and now they lack the tools to get reemployed. They haven't invested in upgrading their skills or directing their career toward secure employment, and now they're paying the price.

But it doesn't have to stay that way. It's possible to turn our fortunes around, and avoid winding up dead in the water if we have the misfortune to become unemployed. How exactly can we beat the job market and maintain a healthy career? Simply put, the key to survival and prosperity in today's economy is engaging in continuous self-investment.

If you're out of work, go back to school in your field – even as you look for jobs. If you're lucky enough to still be employed, get some training that will add to your skill set and ability to contribute. And regardless of your situation, make sure that you get smarter on how best to manage your own career. Such investments will never produce a bubble; they will, in contrast, quiet the deafening din by filling the vacuum with opportunity.