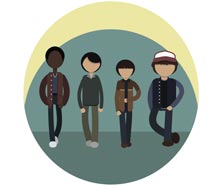 Amid the monsters and mysteries that comprise the hit, Netflix series Stranger Things is a backdrop of 1980s Americana. The recently released third season includes a crucial plot device in which the fictional town of Hawkins, Indiana, sees its downtown businesses ravaged when a shopping mall opens on the outskirts of town.

While no known examples in reality were ever the locations of the sci-fi goings-on at Hawkins' Starcourt, the general plot point from Stranger Things is very much a real reflection of American history. A 2017 World Finance article on the "rise and fall of the US mall" traces the lineage of those once-ubiquitous centers of commerce to the 1950s. Three decades later, the shopping mall became an embodiment of the 1980s economic landscape.

However, the original architect of the American shopping mall, Victor Gruen, offered a negative view of the mall boom. Per World Finance's report, in a 1978, Gruen said:

Much to the ire of their creator, malls have diverged greatly from their original concept. In a 1978 interview, Gruen made it clear he did not support the direction modern malls had taken. “I am often called the father of the shopping mall”, he said. “I would like to take this opportunity to disclaim paternity once and for all. I refuse to pay alimony to those bastard developments. They destroyed our cities.”

Such is the underlining role of Starcourt in Stranger Things Season 3. As downtown Hawkins erodes, the mall bustles with activity. Today, most shopping malls have become archaic shells of their past. The consolidation of consumer needs into one space a few decades ago got even smaller in the 2000s with the advent of online shopping.

The mall of the 21st Century exists on our computers, iPads, even our phones. A summertime ritual of past generations was a family loading up into the car or van, driving to the mall, and spending a day picking up supplies for the school year, work, or just fun.

Today's leader of retail, Amazon, has introduced its own version of that concept with Prime Day. The annual July sale generated almost $4.2 billion in revenue in 2018 -- an astronomical jump from the year prior. Although the increase in sales is tied to an economy that has steadily improved since 2012, such a lofty increase also speaks to the increasing demand for online shopping.

In other words, digital retail will be king, even if art like Stranger Things kindles our nostalgia.

There are important questions to be taken from that reality, though. In Stranger Things Seasons 1 and 2, Hawkins' main street is a beehive of community activity; Starcourt replaces that experience in Season 3. While online retail -- and other forms of online business -- are more convenient, interpersonal communication is sacrificed.

The concepts behind online shopping are becoming more the norm in other industries, too. A 2018 CNBC report says an astounding 70% of workers around the globe clock in remotely at least once a week. That has an impact on workplace habits. The idea of the "gig economy" growing rapidly as a result of telecommunication and remote work is perhaps overstated, but there are more full-time and gig workers than ever before with the option to work remotely.

Isolation is a byproduct of this convenience. For those who work better with face-to-face communication -- being part of a team, like Mike, Lucas, Dustin, Will, Max and Elle -- balancing remote work with in-person meetings in shared working spaces might be the best solution.