Salary Negotiation: How to Handle a Low Counteroffer

Salary Negotiation: How to Handle a Low Counteroffer 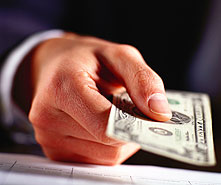 Jan has been job hunting for several months, ever since a bank merger resulted in her getting laid off. Recently she received a job offer from a tech firm, and she really likes the job description, the people, the corporate culture and the opportunities for growth. The only problem is the salary. The company is offering $12,000 less than she thinks she deserves. When she contacted the CEO and tried to enter into a salary negotiation, he made a counteroffer for about $6,000 more, saying it was "the most he could afford." But it was still $6,000 short of her goal.

In the meantime, an executive recruiter has contacted Jan about another job at a tech company. This position requires a long-distance relocation, which Jan wanted to avoid. However, she may be able to get the salary she wants, without the need for any negotiation or counteroffers.

So what should she do – take a chance on the other offer, or accept less money for the job she wants? To find the right answer, there are several questions Jan needs to ask herself:

Young companies run by entrepreneurs often don't have a good idea about what kind of salary to offer employees. While these types of organizations are naturally more focused on developing new products than managing their staffs, this flaw can easily lead to an under-compensated, under-appreciated workforce.

In Jan's case, if the CEO of the local company genuinely believes his firm needs good financial management to move forward, he should do whatever it takes to find and keep the right people. He may think he can avoid salary negotiation and get a good candidate "on the cheap," but he'll wind up losing out in the long run, as many of his staff will defect as soon as the economy improves.

Perhaps Jan doesn't have to settle for his counteroffer. If her attempts at salary negotiation fail, she could negotiate for other rewards instead, such as an extra week's vacation, stock, an annual bonus, health-club membership, professional dues and fees, etc., that would at least improve her total compensation package. A little creativity may be all that's needed for her salary negotiation to succeed.

Because Jan is changing industries, the CEO may want proof of her performance before he feels justified accepting her counteroffer. If so, she can request a review and an increase in six months based on her ability to reach pre-set goals. This approach will give Jan the track record she needs.

There's a good chance that $6,000 won't make that much difference in Jan's lifestyle, but it can have a tremendous impact on her job satisfaction. If she thinks the principle of the issue is more critical than the salary, she should reject the counteroffer and continue her job search. On the other hand, if money is less important than the opportunity, she should go for it.

The worst-case scenario for Jan would be to wind up in a job she hates with a lousy salary. Doing a job she doesn't like for less than she's worth can damage her self-esteem - as well as her long-term career trajectory. This would be a no-win situation for everyone involved, including the company.

While the decision to end salary negotiation and accept a counteroffer may seem like just a money issue, it's often a lot more complicated. Job satisfaction, corporate culture, personalities, personal responsibility, history and potential opportunities should all play a role in making the right choice.