Salary Negotiation: Is Getting a Counteroffer a Blessing or a Curse?

Salary Negotiation: Is Getting a Counteroffer a Blessing or a Curse? 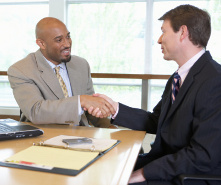 "The first time I decided to leave my job, the main reason was to get a higher salary," says a New York web developer. "But then my company entered into a negotiation and made me a counteroffer of more money, which prompted me to stay. When I decided to leave that job for the second time, however, having a better work environment was more important to me than a higher salary. No negotiation or counteroffer would have kept me from quitting."

When it comes to salary negotiation, a counteroffer can often be a mixed blessing. If you get one from your present employer, it raises the uncomfortable issue of deciding to stay after you've already indicated you don't want to work there anymore. Or if you get one from a potential employer, it typically means that your original salary request was too ambitious, and you have to decide whether to meet this new company halfway or hold out for a better offer from someplace else.

The way that you handle this kind of salary negotiation often has a lot to do with how you feel about the person making the counteroffer, your personality, your history with the company and the total compensation and benefits package the counteroffer provides.

Let's take a look at a typical salary negotiation and counteroffer scenario, and consider the questions that it poses:

Example Salary Negotiation: Your Employer Makes a Counteroffer to Keep You

Bill is a strong employee who can always count on receiving a good performance review. While he knows he's made an important contribution to his company in his six years there, he thinks his boss takes him for granted and isn't helping him advance his career. Because of this, Bill is looking for a new job where he can learn a new skill set and get more support from management.

Several months into his job search, Bill gets a job offer that includes a 10% higher salary. After some negotiation he, also secures the guarantee of a promotion within 24 months. Bill then gives two weeks' notice to his current employer, and his manager seems surprised and disappointed. Two days later, the boss makes him a counteroffer of an immediate 15% raise in salary, as well as a spot on a company-wide task force that will dramatically increase his visibility and showcase his ideas. At this point, Bill should ask himself several key questions:

What to Do if You Receive a Counteroffer

In Bill's case, it seems that his decision to find a new job caused his company's management to realize how valuable he is. He had more negotiation leverage than he thought. Clearly Bill's manager hadn't communicated his importance to the company, but on the other hand Bill may never have asked for the chance to advance his career. If this is the case, both parties are guilty of failing to work together well.

Before Bill decides to accept the counteroffer and stay, he must be sure his manager's promise of career advancement is for real. Bill will also have to take responsibility for improving his skill set, and be prepared to ask for what he wants. If Bill has any doubts about either his ability to climb the corporate ladder, or his boss's commitment to promoting his career, he should reject the counteroffer and move on.

When it comes to negotiating a counteroffer, each case is different. For some employees salary is most important, while others may be focused more on moving up the corporate ladder. In this particular example, Bill isn't as concerned about the difference between a 10% and 15% raise in salary as he is about his career development. If he decides that the immediate exposure to the task force is more beneficial than a promised promotion two years down the road, he should take the counteroffer and get rolling.

That said, Bill must also look for signals that indicate whether he has weakened his standing with his company. If management doesn't take kindly to managers who threaten to leave in order to negotiate a better salary or move up, the counteroffer may be intended only to keep Bill on board long enough for the company to find his replacement.

There is one other factor that Bill needs to consider when making his choice to leave or accept his employer's counteroffer – namely, whether his new company will keep its promise of advancement within 24 months. If Bill is confident of his new employer's integrity, he can devote himself to making a major contribution and preparing for the increased authority that awaits. He may want to get the promised promotion in writing and determine the relative importance of this new position within the company before making a final choice.

Ultimately, engaging in salary negotiation with your present employer is a very personal process. Once you understand the the potential benefits and dangers of accepting a counteroffer or moving on, you have to ask yourself: "Which choice feels right?" You can break down the advantages of each offer all you want, but if one just sits better in your gut, it's likely the right choice. Otherwise you're likely to be plagued by doubts and "what ifs," which can hamper your career development (not to mention your personal well-being) for years to come.