Qualified But Unemployed: What’s the Problem?

Qualified But Unemployed: What’s the Problem? 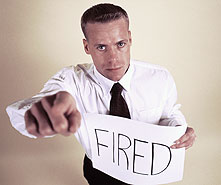 Today's turbulent economic environment has changed the way that employers find candidates for jobs. Instead of the traditional approach – hiring a person who is qualified for a job – they're turning to a new strategy called "talent staffing." As a result of this, millions of dedicated and capable people workers are finding themselves unsuccessful in their job searches and unable to figure out why. They need to realize that the rules of the employment game have changed.

In the past, employers were willing to hire workers, and then train them to do a particular job. Today, however, they want to employ individuals who already have all of the skills to do a job, as well as state-of-the-art knowledge required to use those skills effectively. These employers also accepted that only a few hires would exceed their expectations. But in today's job market, anything less than superior performance is unacceptable. Because of this, the practice of talent staffing has developed to help identify so-called "persons of talent," who can contribute to a company's success from day one.

What Makes Someone a Person of Talent?

In practice, employers define a person of talent as someone with the following two attributes:

Ironically, even though millions of Americans are now looking for work, many employers still think that there's a shortage of "persons of talent" in the marketplace. In essence, these companies are convinced that only a very few people have genuine talent, but in truth this view is only half right. The truth is that every human being is born with talent, but sadly only a small percentage of people actually use the gifts they've been given. And it is because so few of us build our career on our talent that this resource seems in such short supply.

What Can You Do if You're Unemployed?

First, make sure you know where your talent lies. Talent is not skill. Talent is an inherent ability which can be taught to do a certain kind of work. Talent may be a universal attribute, but it cannot be universally used. No talent is compatible with all work, but every talent can be expressed in more than one career field. It can be trained to perform as one skill today, and another skill tomorrow. But before you can do that, you have to know what you're talented at.

Second, make sure that your job enables you to fully express your talent. Why is that so important? Because employers hire you based on how well they think you'll perform. And the only way you can excel at your work is if you're properly utilizing your talents.

Yes, it's unfair that the rules of the game have changed. And yes, it's even more unfair that employers never bothered to tell anyone about it. But this put you at a permanent disadvantage. On the contrary, it frees you to find the work you genuinely love to do. It liberates you to be a person of talent.