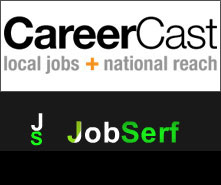 While there is still the potential for more financial turmoil, the consensus among many economists is that the worst of the recession is behind us, and a sustained recovery is finally underway. The question that has yet to be answered, however, is what kind of recovery it will be – one that stimulates new hiring, or a so-called "jobless recovery," where GDP increases without any significant growth in employment. After three straight months of rising job availability and a 30% increase in hiring since the beginning of the year, there is a strong indication that the job market is starting to improve. That said, the pace of this growth continues to lag behind unemployment levels, meaning that finding a new job may remain difficult for the foreseeable future.

According to the CareerCast.com/JobSerf Employment Index, which measures the volume of managerial online job openings across the U.S., job availability improved again in April, increasing by 1.9 points to an Index Score of 92.3 overall. However, while this marks the third month of positive activity after an unexpected drop in January, it also represents a growth rate of just 2%, down from over 17% in February. This puts the job market on pace to actually lose ground in May, unless there is a significant increase in job availability over the next four weeks.

To determine monthly hiring activity, the CareerCast.com/JobSerf Employment Index surveys the volume of managerial positions posted online across the U.S., as well as the top regions, job levels and cities using proprietary employment data hand-counted by a team of researchers. What does April's overall score of 92.3 mean? The Index measures job availability against a base score of 100, which represents the volume of job openings during the same period in 2007. A score higher than 100 means that there are more available jobs than in 2007, while one below 100 means that job seekers now have fewer opportunities available. Over the past 28 months, the CareerCast.com/JobSerf Index peaked in March 2008, with an index score of 109.3, or 9.3 points better than in March 2007. This month's score of 92.3, on the other hand, is still 7.7 points worse than the base measurement in 2007.

Although the national hiring outlook improved in April, albeit by a small margin, an examination of regional job availability once again presented a less consistent picture. After falling to second place in February, the Northeast saw a 6% increase in job availability, and emerged as the best U.S. region to find a job. In contrast, after enjoying six straight months of gains (and finishing in first place for March) hiring in the Southwest fell by nearly 3%, causing the region to finish almost five points behind the Northeast, with an Index Score of 94.9. And while the region has actually enjoyed an impressive, 10.9-point improvement since the beginning of the year, the West still lags significantly behind the rest of the country. With an Index Score of just 74.5, the West trails the Northeast by more than 20 points, and remains the worst area of the U.S. to find a job.

Considering that most U.S. regions experienced steady, if unremarkable, gains in April, it comes as little surprise that job growth in major cities mirrored the national trend. In fact, of the 30 metro areas surveyed by the CareerCast/JobSerf Index, all managed to either gain jobs or hold their ground last month. However, while Washington, D.C. and Boston finished in first and second place, respectively, for the 10th month in a row, that isn't to say that there wasn't movement among the best and worst U.S. cities to find a job. Baltimore's hiring index score increased by six points, but job availability in the city was outpaced by growth in Atlanta, causing the two cities to trade places. And after finishing as one of the 10 worst cities to find a job as recently as January, Hartford continued to gain ground as it rose to 12th place, putting the city on pace to crack the top 10 within the next two months. This means that half the cities with the highest number of job openings per capita are now located in the Northeast.

While the Northeast may be enjoying a job market rebirth this spring, it appears that the Sunbelt is suffering from sunburn. Phoenix, Miami, Los Angles, Tampa and Riverside, California all count among the 10 worst U.S. cities to find a job, and Riverside has offered workers the fewest job opportunities in the nation for 10 months in a row. That said, Tampa managed to post the biggest gains of any city on the 10-worst list, as job availability per capita grew by six points. However, this still wasn't enough to improve the city's overall ranking, and it once again finished as the fifth-worst U.S. city to find a job.

April's hiring activity by job title changed little from the previous month, as three of the four managerial levels surveyed by the Index enjoyed respectable gains. However, unlike in March when C-Level hiring dropped by two points, this time it was the availability of VP jobs that slipped, dropping one point to an Index score of 88. VP hiring had been on pace to overtake Manager this month as the most-available managerial job title, but instead wound up finishing in third place, just behind Director.

After enduring a whopping, 33-point loss in job availability between August and November of 2009, C-Suite hiring has enjoyed a steady recovery over the past few months, and the level boasted the biggest gains in April, as hiring job availability increased by eight points. That said, C-Suite hiring activity is still well behind other managerial positions, and it trails third place VP by 12 points.

Despite the slowdown last month, hiring activity across the U.S. has improved by more than 50% in the past year, and is a mere 1.9 points below April 2008 levels. At the current pace, job availability will return to 2007 levels within the next few months, finally erasing the steep declines that begin in September 2008 and stretched through all of last year. However, given that 17 straight months of reduced hiring has dramatically increased unemployment across the nation, incremental gains in job availability aren't likely make a difference to those who are looking for work. So while the return to 2007 hiring would be a welcome development, it will take a dramatic increase in job availability – possibly even beyond the March, 2008 peak of 109.3 – before job seekers start to see a noticeable difference.