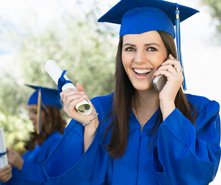 Trying to find a job by calling people you don't know and asking them for help probably sounds dreadful, like a cross between telemarketing and door-to-door sales. After all, nobody likes rejection, and this job-search strategy is sure to provoke a rash of apologies and unreturned phone calls.

Yet, what if it works? What if you can find a great job simply by making phone calls and meeting with people who want to help you? Would you try it? That's the premise behind networking, the practice of contacting everyone you know (and everyone they know) to ask for their advice and support. And it works.

A survey of more than 1500 successful job hunters shows that 63% found new positions by tapping their networks of friends, family members, acquaintances and anyone else who would help. In comparison, only 11% found jobs by answering ads, and just 2% by sending unsolicited resumes to company recruiters, reports a New York-based career consulting firm.

Although most job hunters have heard successful networking stories from friends and colleagues, some avoid the technique because they don't like the way it sounds. They hate the idea of "using" people to find a job, and the equate networking with sleazy tactics used by unscrupulous salesmen.

"It sounds like a ‘what can you do for me' kinds of tactic that I'd only try if I knew I'd never see the person again," says one recent college graduate. He couldn't be more wrong.

An effective networking relationship helps both parties. Contacts enjoy talking about themselves, how they got jobs after college and how companies in their industry are doing. And if they can match you up with a job somewhere, they're doing both you and your new employer a favor that they hope will be returned one day. It's a win-win situation.

The best people to enlist as you launch a networking campaign are those you know well and who know you, such as:

Write down a list of people who might have information on available jobs or, more importantly, who know other people who might be helpful. Realize the importance of building a wide range of contacts. Although many of these people may never hear about job openings, they're critical because of the many friends and contacts they'll refer to you.

Next, decide what you'll say when you reach people on your list. An approach that works well is to first explain your status (eg, a recent graduate) and your interest (to gather information about hiring trends in their industry and names of others who might help you). If the person says she doesn't know of any openings, reiterate that what you really want is her opinion of the hiring market and the names of people who might know of openings. With this reassurance, most contacts will agree to a brief call, or will at least call back with a name or two. If the contact still doesn't understand, say thanks and move on.

When calling a contact you don't know who was referred to you, use the same tow-part approach, but add a new introduction: "Hello, Mr. Jones. My former college roommate Jill Smith suggested I call you." Or, "Jill Smith at ABC Corp. thought you might be able to help me." Then explain your status and interest and ask for a brief meeting.

Most people love to give advice and are very willing to talk about their filed and the job market if you approach them the right way, say career counselors, who say that recent grads typically face three types of potential contacts when networking. About 25% are real nice and will help you no matter what you say. About 25% are mean and won't help no matter how good or polite you are. The rest are in the middle and will respond based on how well you approach them. If you act like you're going to plop yourself down in their chair and say, "Tell me everything you know," they won't help. You have to guide them, coach them and ask good questions, they say.

Sometimes your best contact is the most unlikely. Christine Bowman interviewed on campus for insurance and sales positions before graduating with a business administration degree from the University of Iowa. But she landed her present position as a staff accountant in Chicago through her boyfriend's sister-in-law.

"Knowing the right people at the right time helped me get the job," says Bowman.

To elicit someone's support in a phone call, know all you can about the person you're calling. Getting through to a contact and making arrangements to see that person isn't a victory. That comes only after you've completed a successful interview, and that doesn't happen by accident.

Career counselors suggest researching contacts' companies and industries before each meeting. Develop an understanding of each person's interests so that you can discuss your education and experience as it relates to their background and to potential needs in the marketplace, he says.

After a successful exchange, send a thank-you email; then continue to contact the person every month or so to report your progress and ask for new leads. Don't become a pest, but don't think that one five minute call or meeting will engage their attention.

"You need to be relentless in using your network contacts, but don't be defensive if they don't return your calls," says Taunee Besson, president of a career consulting firm in Dallas, Texas. If you rely on contacts to remember you weeks after a brief meeting or phone call, you'll likely be disappointed.

Determine who you want to meet early on and what you want to find out from each person. As you efforts progress, evaluate the types of people who are most helpful and try to contact others who share their attributes.

The months before graduation can be crazy, but you need to devote at least 15 or 20 minutes to your network each day for it to pay off. Remember, the best time to reach most executives by phone is early (before 8 am) and late (after 5:30 pm).

Sometimes, they're the most objective sources of solid information. On the other hand, people you like and with whom you share common interests will be your most valued contacts over time.

If they like you, people who lack useful information now will think of you when an opening arises.

Campus groups are great, but reach beyond them to join organizations composed of working professionals who can serve as terrific contacts and mentors.

Networking isn't easy, but compared to most other job-search strategies out there, it's a highly effective technique you can't afford to ignore.