Millennial Tactics That Can Benefit Any Generation

Millennial Tactics That Can Benefit Any Generation 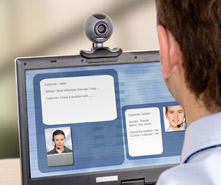 Envision a typical Gen Y’er. You probably see someone with a smart phone or tablet giving that device more face-time than is healthy. YouTube, Facebook and Twitter might even seem like time-wasters. But in fact, technology has turned socializing without media obsolete and has created a new skill set that every job candidate should embrace.

Many companies are capitalizing on the immediacy and reach that new devices and social media outlets provide. The end result is that staying on top of technical innovation and social media is of growing importance to employers, which job seekers must recognize. These advances provide opportunities for canddiates to exhibit creativity and abilities a mere resume can’t convey. Actress Jannesse Davidson, as part of her job search, posted a YouTube video addressed to The Daily Show anchor Jon Stewart. Her aim is to join the political satire program as a correspondent. To gain their attention, she played a ukulele and belted out a comedic song, "Dear Jon Stewart," detailing her qualifications.

Now, not all employers are going to appreciate such a whimsical approach, but the basic concept is a universal winner. Showcase what makes you the right fit for a position in a video and promote it via social media, or set up a webpage to exhibit your best work. There are programs that have made posting a clip or building a modest website as simple as requiring just a few clicks. Technology is also of increasing significance to the interview process after job seekers command potential employers’ attention.

Adam Marantz is the web content manager for the Washington State University athletic department. Before landing in this role, he was seeking opportunities around the country while living in southern California – not an easy proposition when one doesn’t have airfare or money for hotels.

“It's always better to interview face-to-face rather than on the phone,” says Marantz. “As someone who's been on both sides of an interview, it's best to expose as much of your personality as possible." Yet without the funds for travel, he sought other ways to make a great impression.

Marantz interviewed with one potential employer over Skype, allowing him to interact in a more personal manner with interviewers in another state. This does require different levels of preparation from a telephone interview or an in-person meeting.

“Appearance is a big part of any job interview. Not only did I have to think about what I was wearing or whether my hair was straight, but also what was around me. I honestly didn't think about it until the last second and relocated from my room to my kitchen table,” he says. “My laptop ran out of juice midway through… [That is] something else to consider when you're using these new ways to communicate.”

If your biggest hurdle is getting advice on how to adapt to new technologies for your job hunt, consider contacting the career center at your alma mater. Colleges are happy to provide guidance to past graduates no matter how long ago you earned your diploma.

Kevin Nall, Enrollment Management at the Baylor University Career Center in Waco, Texas, says his office employs interns who handle social media duties, and the internship route is indeed a rewarding one for students and recent grads. Those already in the workforce who want to answer potential interviewers asking about Facebook with more than, “Well, I have an account,” should volunteer to update a company’s pages to understand how social media can be used in business. Nall says not all organizations have the resources to employ full-time social media staffers, so such opportunities are out there.

Kyle Kensing is the online content writer for CareerCast.com.