Employment Reaches A Five-Year High In May

Employment Reaches A Five-Year High In May 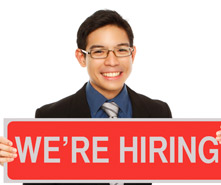 Managerial hiring in May improved to a five-year high, and regions sorely needing good job market news got it, according to the latest CareerCast.com/JobSerf Employment Index.

A 3.5-point gain bumped the index to 118.4, its all-time high watermark since its introduction in 2008. The current score is also 20.9 points above its level of a year ago.

Two of the past three months have yielded impressive managerial employment gains, and every month of 2013 with the exception of April has shown month-to-month improvement.

The positive trend before summer deviates from precedent. In each of the past three years, May employment numbers have dropped from April. This year’s gains are the first in May since 2009, when the job market was reeling at the height of the economic recession.

Buoying the month’s gains for white-collar employment was a substantial hiring increase in the Western U.S.

“The West appears to be having a nice rebound with all California cities and Phoenix showing impressive gains,” Martin says. “Though other indicators show moderate hiring weakness, online job postings counts for managerial positions continue at strong levels.”

The Index measures employment activity against a base score of 100, which represents the volume of job openings during the same period in 2007. A score higher than 100 means that there are more available jobs than in 2007, while one below 100 means that job seekers now have fewer opportunities available. Over the past 56 months, the CareerCast.com/JobSerf Index is higher at 118.4 than in May 2007.