Mastering the Job Market in 2010 and Beyond

Mastering the Job Market in 2010 and Beyond 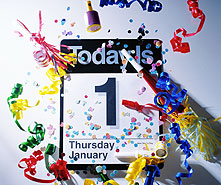 Prognosticating is a fine, old start-of-a-new-year tradition, as people look at the new dates on the calendar and ask "what will unfold in the months ahead?" Of course, history is filled with thousands of predictions that haven't come true – even after dire forecasts of a total economic collapse last January, things didn't turn out quite as bad as people expected. The truth is that in most cases, figuring out the future is nothing more than guesswork gussied up as deductive reasoning. So why are new year predictions so popular?

Maybe it's the knowledge that the devil we know has finally bowed out, and the devil we don't know has yet to really take shape. After all, few things combine the hope of a fresh start with the fear of what lies ahead better than New Year's. So without further ado, here are four major predictions about what will happen in the workplace over the rest of 2010:

The Great Depression profoundly changed the outlook of a generation of Americans. The Great Recession is doing the same. Americans lost their trust of banks in the Great Depression, and today Americans have lost their trust in employers. In 2010, a growing number of workers will believe the companies that employ them do not have their best interests at heart, and are not led by compassionate, fair and honest executives.

What can you do to protect yourself? Start by taking charge of your career – and getting comfortable with change. Don't rely on your employer for career advancement. That's now your job, and you need to plan for the inevitable adjustments it will require. You're likely to have a new job, a new employer (or both) every three years. Make yourself the master of this movement, rather than its victim.

The traditional upper, middle and lower classes in American life will start to fade as two new groups begin to emerge: Workers and Talent. Employers believe that the recession has given them an oversupply of Workers – their inboxes are full of resumes, after all – even as they face a shortage of Talent. They simply can't find people who have a skill that is critical to the organization's success, or are superior performers on-the-job. As a result, Workers find themselves competing with hundreds of others for the same job, while people with Talent have employers competing for them with hiring bonuses and above market salary offers.

What can you do to protect yourself? The good news is that everyone has an inherent talent; the bad news is that not everyone is working at it. The key to success going forward will be making sure that you're using your natural talents to their best result. This could mean finding a new career field, but making that shift now will also mean greater security and satisfaction in the future.

During the recession, employers laid off employees to cut costs. During the recovery, they will continue those layoffs to improve performance. They'll eliminate average performers, while hiring top performers at the same time. Post-recession, employers believe that hiring top workers is the only way to ensure survival. Loyalty, knowing the ropes and how things get done in an organization just won't cut it.

What can you do to protect yourself? From now on, you will be employed in two jobs at all times: Doing your best work for your employer, and devoting time and effort to build up and sustain the health of your career. Simply put, developing your personal Career Fitness is the only way to achieve meaningful and enduring success in today's workplace.

Historically, you found a new job with the skills and knowledge you had in your old one. You simply updated your resume, sent it out and eventually got a new (and often better) offer. Those days are over. Most companies want to hire people from the ranks of the employed – true or not, they believe those individuals are better qualified. If you're unemployed, you're at a serious disadvantage.

What can you do to protect yourself Re-imagine yourself as a work-in-progress. Enroll in a class or start a training program even as you look for a job. Then note it on your resume. Enter the name of the course and the institution where you're taking it to show that you understand the importance of new skills and take personal responsibility for having them.

When it comes to the American workplace, this new year is shaping up to be unlike anything we've ever seen. For many, it will be a disconcerting and even frightening environment. There are, however, ways to protect yourself. And doing so will also enable you to reach for and grab hold of the extraordinary opportunities that this new workplace holds, as well.